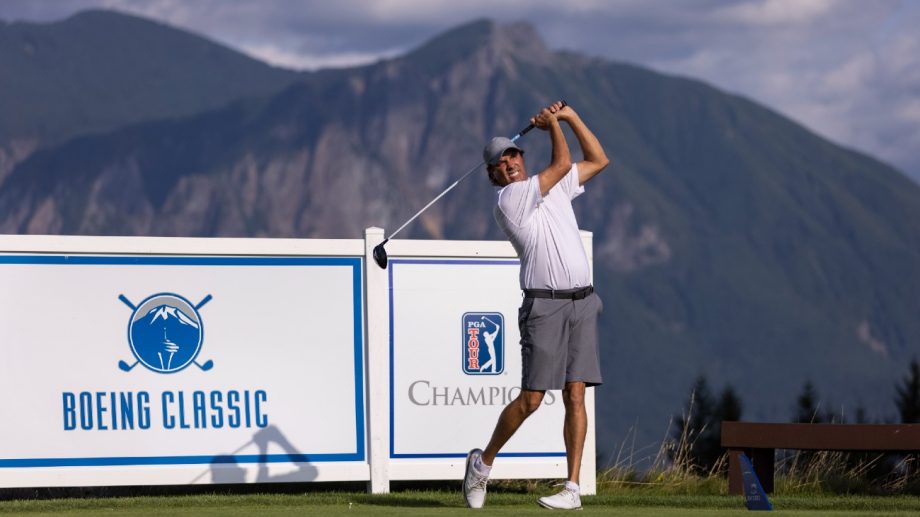 SNOQUALMIE, Wash. (AP) Rod Pampling won the Boeing Classic on Sunday for his first PGA Tour Champions victory when Jim Furyk and Woody Austin failed to get up-and-down for birdie from greenside bunkers on the par-5 18th.

Pampling, playing five groups ahead of Furyk and Austin at Snoqualmie Ridge, shot a 6-under 66 to finish at 12-under 204. The 51-year-old Australian won three times on the PGA Tour, the last in 2017 in Las Vegas, and has two PGA Tour of Australasia wins.

“It’s fantastic,” Pampling said. “You look at all the Hall of Famers are just phenomenal out here. There’s so many and they still play really good golf, which people think they don’t, but I’ll tell you what, they play so good. It’s just not quite as far off the tee anymore, but everything else is still really good. To get a win you’ve got to play good and thankfully I did today.”

Furyk dropped a stroke back with a bogey on the par-3 17th after hitting well short of the green and chipping 8 feet past. He hit left into a greenside bunker on 18, sent his third across the green nearly to the fringe and missed a 20-footer.

“Today on the way in everyone kind of ended up making some bogeys and went the other way,” Furyk said. “It’s just kind of that type of golf course. There’s some holes where there’s just no bail-out, so you fly it at the pin and if you hit a good shot, great. if not, you make bogey. There’s a few of those holes.”

Austin, the second-round leader, took two to get out of a right-side bunker and made a bogey to drop to 10 under.

Stephen Ames shot a 70, finishing the classic inside the top 10 tied for the 7th spot.

Colin Montgomerie, playing in the final group with Furyk and Austin, shot a 74 to tie for 11th at 7 under. He had a double bogey on 17 after hitting into the water.

Local favorite Fred Couples closed with a 71 to tie for 26th at 4 under.