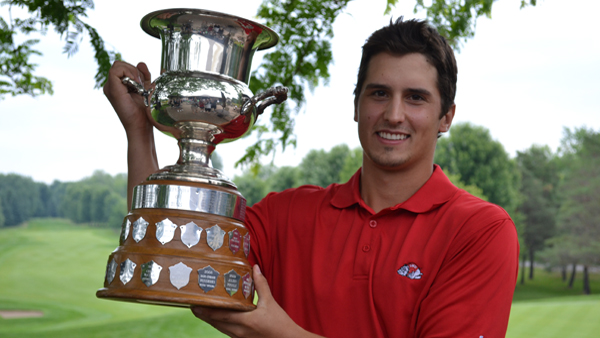 The 45-year-old Pampling opened with consecutive 9-under 63s at The Reserve at Lake Keowee and Green Valley Country Club and shot a 69 on Saturday at Thornblade Club – also the site of the final round.

Pampling earned $121,500 for his first career victory on the tour. The two-time PGA Tour winner was two strokes off the tournament record of 27-under 259 set by Mark Anderson in 2013.

Kelly Kraft was two strokes back after a 66.