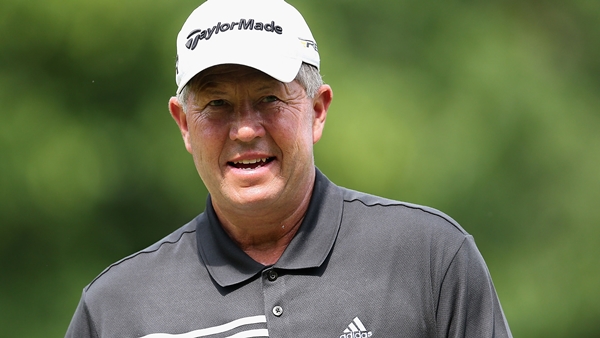 WINTER GARDEN, Fla. — It was a big day for Rod Spittle of St. Catharines, Ont., who earned full status on the Champions Tour for 2015 after finishing fifth at the final stage of Champions Tour Q-School.

Spittle turned professional at the age of 50 in 2004 and earned a spot on the Champions Tour during the following season.  His lone win as a professional came in a sudden-death playoff at the AT&T Championship against Jeff Sluman in 2010.

Fellow Canadians Jim Rutledge of Victoria, B.C. and Rick Gibson of Calgary both shot 68s in the final round, but failed to earn fully exempt status in 2015 by a very narrow margin.

Rutledge (-4) finished in a tie for sixth place, just one stroke back of Spittle, while Gibson (-2) climbed thirteen spots to finish in a tie for 10th with Argentina’s Cesar Monasterio.

For finishing between 6-13, both players earned conditional exempt status on the Champions Tour in 2015.