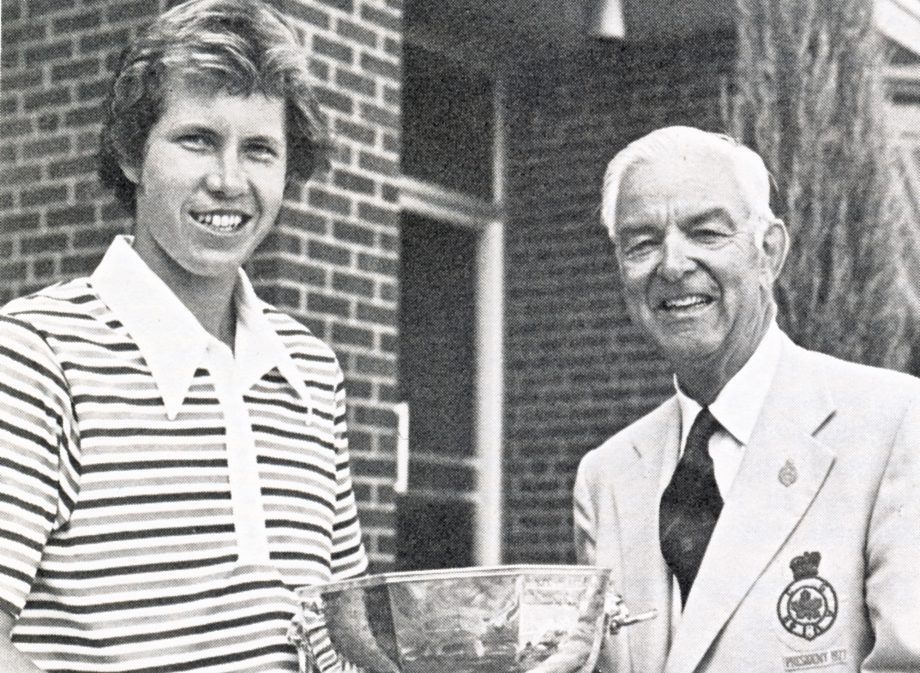 While the 63-year-old St. Catharines native won’t be teeing it up with the best on the PGA Tour, it will mark the first time he’s visited the historic Harry S. Colt layout since winning the Canadian Men’s Amateur Championship in 1977.

It’s hard to believe that Rod hasn’t been back, but that will change when he’s inducted into the Canadian Golf Hall of Fame on Tuesday, June 4 during RBC Hall of Fame day at the RBC Canadian Open.

When the 22-year-old collegiate golfer arrived at HGCC in the summer of 1977, he was just happy to be playing at the private country club where his dad caddied as a kid in the 1940s. Nobody expected Rod to win, as seasoned BC amateur Jim Nelford was trying to make it three consecutive Canadian Men’s Amateur Championships, but Spittle’s parents watched from the sidelines as their son made a name for himself.

“It was a huge victory for me and so unexpected. I was home from school for the summer looking to play a few tournaments and it all came together,” says Rod, who didn’t play much on the Ohio State men’s golf team in his first two years – that changed after winning our national amateur championship.

“It was the biggest tournament I had won to that point. Looking back over 40-plus years of golf, it remains significant in my journey, because I learned what it felt like to win for the very first time. It gave me some confidence and the drive to take my game to a higher level,” he adds.

”To be able to go out a year later and win the title for a second consecutive time at Laval-sur-le-Lac was another incredible moment. I’m very proud of both trophies,” says Spittle, who won by a commanding 10 strokes in Quebec.

Rod’s victory at HGCC, which was hosting the Canadian Men’s Amateur Championship for a fifth time, wasn’t nearly as convincing. Nelford was highly favoured to become the first person to win the championship threeyears in a row since the great George Lyon accomplished the feat from 1905 to 1907.

The opening two rounds of medal play suggested an easy Nelford victory. Jim’s first-round 69 was followed by a brilliant performance on the second day, during which he tied the course record of 64 that had stood since 1930, when the great Tommy Armour established it en route to winning the RBC Canadian Open that year.

Nelford’s 36-hole total of 133 gave him an impressive seven-shot lead over Spittle, but a third round 73 saw his lead reduced to four, before a closing-round 75 left him two shots back of the mark set by Spittle, who posted scores of 72-68-70-69 over the four days of competition.

“After the first two rounds Jim had a seven-stroke lead and all the reporters were writing that it was almost a foregone conclusion that he was going to win the championship, and that the rest of the field was playing for second and third place,” says Rod. “After the first two rounds I just dug in and tried to make every shot count. I was playing well and slowly chipped away at the lead. There wasn’t a lot of pressure on me. Nobody was expecting me to win, but in the back of my mind I believed that I wasn’t out of it.”

The two leaders didn’t play in the same group for the final round, so they only had glimpses of each other over the closing holes. Rod birdied No. 17 after hitting the green in two on the par-5, and then he bogeyed No. 18, but it was enough for the two-stroke win.

In the Willingdon Cup, the Ontario team of Gary Cowan, Ian Thomas, Nick Weslock and Spittle posted a 215 on the first day and a 213 on the second day for a total of 428, which gave them the victory by 11 shots over Alberta.

Rod graduated from Ohio State in 1978 with a degree in Business Administration. After a brief stint as a professional golfer and not enjoying life on the road, he opted to focus on supporting his family by selling insurance for 25 years in Dublin, Ohio, and continuing his passion for the game in amateur golf.

In 2006, Spittle and his wife, Ann, left their regular jobs behind and made a five-year plan to fulfill the dream of playing professional golf. In 2009, four years into that plan, Spittle’s goal of being a full-time Tour professional took a severe hit after he failed to secure his PGA Champions Tour card.

In 2010, the final year of the five-year plan, Rod was forced to Monday qualify into events. Playing with limited status, Spittle got into only five events the entire season. He Monday qualified into the final event of the year, the AT&T Championship in San Antonio, and in a storybook ending, he played stellar golf all week to beat Jeff Sluman in a playoff for his first-ever professional title. Just like that, his dream of playing professional golf, nearly dead and gone, gained new life with a full exemption for 2011 as a PGA Tour Champions winner.

Spittle stats are remarkable! In 195 starts over his 13-year PGA Tour Champions career, Rod missed just five cuts and earned more than $4M in prize money. He never missed more than one cut in any year, and played nine full seasons without missing a single cut. He had a pair of runner-up finishes, a pair of third-place finishes and 23 top-10s. He played his final PGA Tour Champions event on home soil, finishing T17 at the 2018 Shaw Charity Classic.

CALGARY, CANADA – SEPTEMBER 1: Rod Spittle of Canada hits his tee shot on the 7th hole during the second round of the Shaw Charity Classic at the Canyon Meadows Golf and Country Club on September 1, 2018 in Calgary, Canada. (Photo by Vaughn Ridley/Getty Images)

On the personal level, he and his wife Ann have three children (Leslie, Steve and John) and seven grandchildren. His mother still lives in Niagara Falls. His father passed away in 2010 at the age of 84, six months before Rod won in San Antonio.

“It’s very exciting thinking about going into the Canadian Golf Hall of Fame. It’s been very emotional. I’m looking forward to it, and to be able to go back to Hamilton G&CC, where I enjoyed that first win four decades ago, is going to be very special,” Spittle says. “It’s been a great run. I could never have dreamt up a story like this when I won the Canadian Am at HGCC in 1977.”

While he may not have been able to dream it, there is an undeniable symmetry to that national championship of 42 years ago in Ancaster. Rod first took up the game of golf at age 10 when his father became one of 25 original founders of Willodell G&CC in Niagara Falls. The course designer was none other than Nicol Thompson, who, from 1912-1945, was the head professional of Hamilton G&CC.