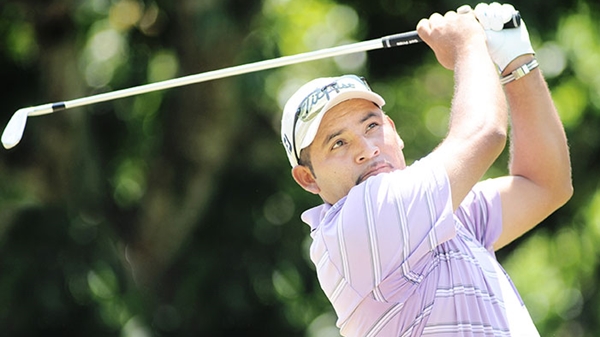 HALIFAX, Nova Scotia – Mexico’s Jose de Jesus Rodriguez had a hole-in-one and another eagle Thursday in the Web.com Tour’s Nova Scotia Open en route to an 8-under 63 and a two-stroke lead.

David Skinns, James Sacheck and Aaron Goldberg shot 65, and Canadian Adam Hadwin, the Chile Classic winner in March, was another stroke back along with Henrik Norlander.

Hadwin had a bogey-free round.

“I didn’t struggle all day,” the Abbotsford, B.C native said. “I burned a few edges and had tap-ins for pars.”

The event is the first Web.com Tour event to be held in Canada.