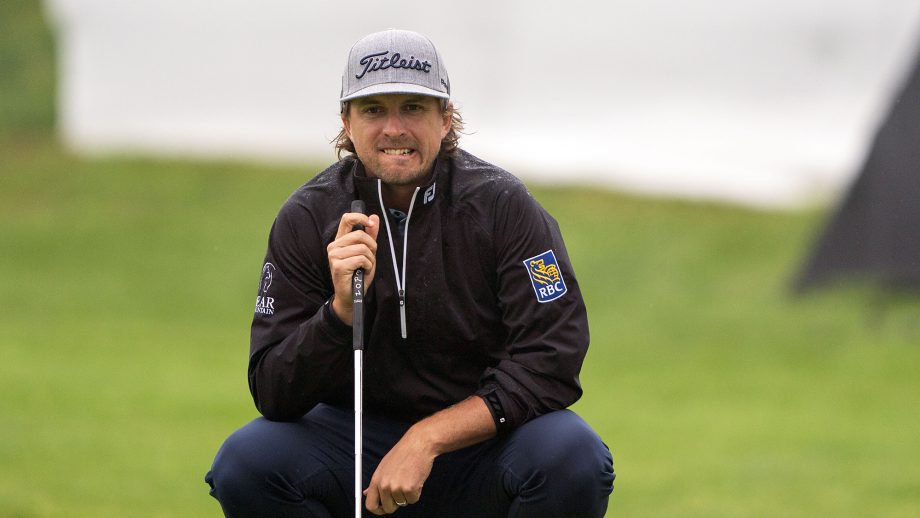 ANCASTER, Ont. – As Roger Sloan walked up the 14th fairway at Hamilton Golf and Country Club he thought about how he could be doing better with his approach shot.

After opening the par-4 hole with a 294-yard drive the product of Merritt, B.C., knew that to stay competitive in the third round of the RBC Canadian Open on Saturday he’d have to get as near to the pin as possible.

“To be able to hit that eight iron in there within a couple of feet was definitely nice.”

With the green slightly elevated from his position on the fairway, it was the cheers from red-clad Canadian fans that let him know he was in position to birdie.

Sloan had three birdies on the back nine in a 2-under 68 round. Although not a very low score, the entire field struggled on the rapidly drying course, helping him climb 17 spots up the leaderboard.

“You’ve got to stay patient out there with the wind being a little more severe, it’s in the same direction it has been,” said Sloan, who teed off at 9:10 in the morning. “It’s out there for the guys in the afternoon but I’m very pleased with how I played today.”

Toronto’s Richard Jung had a 5-over 75 round to drop down the leaderboard to 63rd.

Sloan, who has played in five Canadian Opens and made the cut three times, is excited to be playing on the Saturday and Sunday of the only PGA Tour event on home soil.

“Anytime you can play all four rounds here at the Canadian Open, it’s great being a Canadian,” said Sloan. “I’m excited for the opportunity to go out there and play well tomorrow.”