No room for Match Play Championship on spring schedule 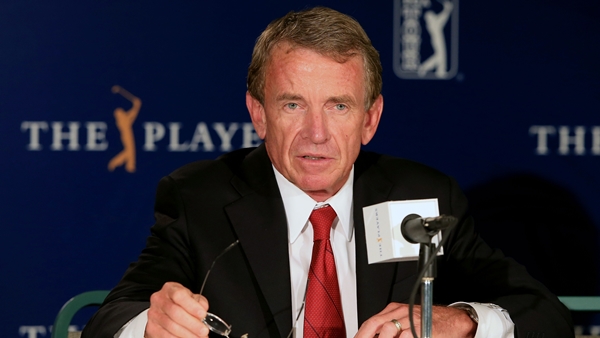 PONTE VEDRA BEACH, Fla. – The Match Play Championship will not be in its traditional spot early in the 2015 season for the first time since it began in 1999.

The future of the World Golf Championship remains muddled after Accenture decided this year not to renew its title sponsorship. PGA Tour commissioner Tim Finchem had said in February that he hoped to have a clear direction within a month or so.

“This has been taking longer than we thought,” Finchem said at The Players Championship. “We’ll see. We probably won’t have anything to say for at least a few weeks.”

But an announcement out of Texas on Tuesday made one thing clear. There is no room on the schedule for the Match Play Championship between the start of the year and The Players Championship.

The Valero Texas Open announced that it would be played next year on March 26-29, two weeks before the Masters. That means every day on the PGA Tour calendar is taken between the Hyundai Tournament of Champions (Jan. 9-12) and The Players (May 7-10).

The Match Play traditionally wraps up the West Coast Swing at the end of February, except for in 2001 when it was played in Australia in early January. The Honda Classic, the start of the Florida Swing, will be held next year on Feb. 26 to March 1.

Finchem did not rule out a return to Tucson, Ariz., which has an experienced host organization in the Conquistadors and Tucson is a strong golf market.

“Where we’re going is an open question,” he said. “Certainly, Tucson is a possibility.”

The tour is in talks with at least one potential sponsor, and it’s a remote possibility that the tournament simply takes a year off. One problem with that is the PGA Tour would have a hole in its schedule.

The Byron Nelson in Dallas (under new sponsorship next year with AT&T) is to be played May 21-24. That would leave a week open after The Players.

Finchem said in February that the tour was looking at a makeover for the Match Play because even the best players – Tiger Woods and Phil Mickelson, for example – are not guaranteed being around for more than one day in the current format of single elimination.

Woods, Mickelson and Adam Scott did not play this year.

The greater concern appears to be a title sponsor, which could play a large role in where the Match Play is held. But for 2015, the only open date before the end of the major championship season would be May 14-17.