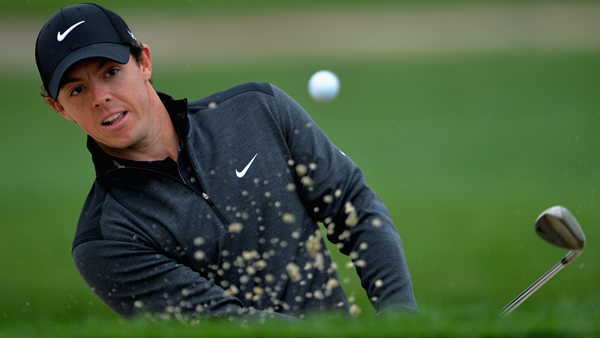 PALM BEACH GARDENS, Fla. – Rory McIlroy bounced back from a rough start for a 4-under 66 that gave him a one-shot lead heading into the weekend at the Honda Classic.

Tiger Woods had to scramble Friday to narrowly make the cut.

McIlroy made six birdies in a 10-hole stretch and looked good from tee-to-green at PGA National to take the lead into the weekend of a PGA Tour event for the first time in 18 months.

Brendon de Jonge was tied for the lead until making bogey on his final hole for a 64. He was one behind.

Woods hit only two greens in regulation on the back nine of PGA National. His only birdie was on the 13th when he chipped in. He shot 69 to make the cut on the number.

Two-shots back of Woods was Mike Weir, who shot an even-par 70 Friday. This is the seventh missed cut of the season for the former Masters champion.

Stephen Ames also missed the 36-hole cut after combining rounds of 73-75 to sit 8-over.

David Hearn is tied for 23rd after an even-par 70 on the day.