Rose clings to one shot lead at Masters; Conners, Hughes inside Top 25 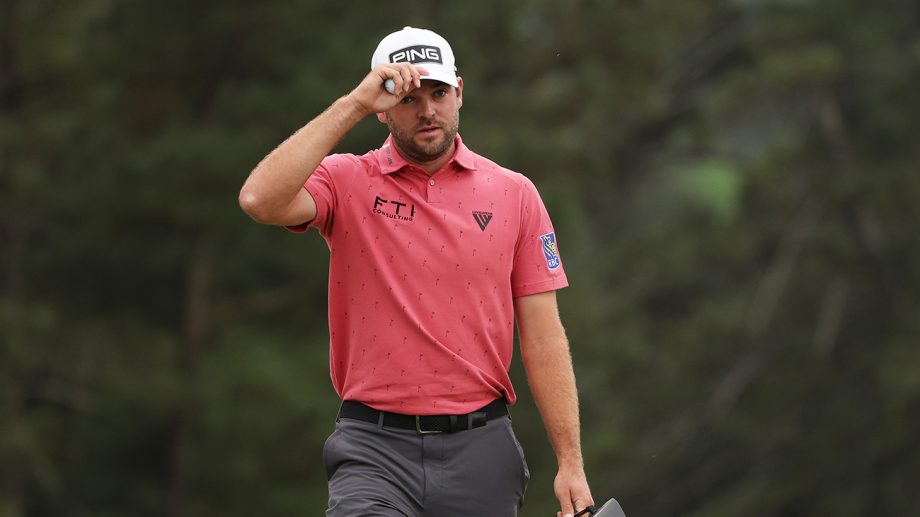 AUGUSTA, GEORGIA - APRIL 09: Corey Conners of Canada reacts on the 18th green during the second round of the Masters at Augusta National Golf Club on April 09, 2021 in Augusta, Georgia. (Photo by Kevin C. Cox/Getty Images)
Canadian Press

AUGUSTA, Ga. – Justin Rose was happy enough to still have the lead Friday at the Masters, even if only by a fraction on a day when Augusta National was more forgiving and he had to rally just to shoot par.

The two players right behind had reason to be thrilled just to be at the Masters.

One of them was Brian Harman, barely inside the top 100 in the world a month ago until two good weeks changed his fortunes. The other was 24-year-old Will Zalatoris, who just over a year ago was toiling in the minor leagues and still doesn’t have a full PGA Tour card.

I wanted to be here my entire life,” Zalatoris said after birdies on his last three holes for a 4-under 68.

Some people shy away from that, but I’m excited to be here. There’s no reason to feel intimidated now. I made it to here. And obviously, the job is not done by any means.”

The job is over for defending champion Dustin Johnson, who bogeyed three of his last four holes for a 75 to miss the cut by two shots.

For everyone else, it’s just getting started.

Ten players were within three shots of Rose, who had a 72 and was at 7-under 137. That group included former Masters champion Jordan Spieth, who is coming off a victory last week in the Texas Open and is starting to look like the Spieth of old, even at age 27.

“Having made a triple and five over-par holes through two rounds, I feel pretty good about being at 5 under,” Spieth said after a 68.

The group three shots behind included Si Woo Kim, who played the final four holes without a putter that he broke out of frustration. After a three-putt bogey on the 14th and a chip that nearly ran off the green at the 15th, he jammed the head of the club into the turf and damaged it.

Kim used a fairway metal to close with four pars and a 69. Asked if he had a backup putter, Kim replied, “No. I don’t want to answer anymore. Sorry.”

Rose was staked to a four-shot lead at the start of a warm, overcast day and it was gone after seven holes. He didn’t drop a shot the rest of the way, picked up three birdies on the back nine and salvaged the day.

Just a classic day at Augusta National when you’re slightly off,” Rose said. I kind of told myself going up the eighth hole, `You’re leading the Masters.’ Your frame of reference is a little bit different to yesterday. Four ahead is something, but you’re still leading. So just enjoy it and keep it going.”

Corey Conners of Listowel, Ont, is the top Canadian at 2 under following a 69. Mackenzie Hughes, from Dundas, Ont., (72) is even par, while 2003 green jacket winner Mike Weir of Brights Grove, Ont., (71) missed the weekend cut at 5 over.

The course played to an average score of 72.2, compared with 74.5 for the opening round. There were 35 rounds under par compared with 12 on the first day.

Bernd Wiesberger of Austria and Tony Finau each had 66 to get within three shots. Marc Leishman had a 67 and joined Spieth just two shots behind.

Justin Thomas, who can returned to No. 1 in the world with a victory, missed a short par putt on the final hole and shot 67. He also was three shots behind.

The wild card in all this is Zalatoris, built like a 1-iron and already renowned for his ball striking. His late run began with a 9-iron to a back right pin on the par-3 16th to 10 feet and ended with a wedge from 138 yards on the 18th to 5 feet that put him in the final group on the weekend at Augusta.

Born in San Francisco, he grew up in Dallas and played some of his best when golf was shut down during the pandemic. Zalatoris was on the Korn Ferry Tour, and when golf resumed, he had five straight finishes in the top six, including his first victory.

That got him into the U.S. Open, where he tied for sixth. Now he has temporary PGA Tour membership and is among the top 50 in the world, getting him into the Masters. That’s why he talks of an “attitude of gratitude.”

Zalatoris also is a quick study with a long memory. He grew up with the kids of former PGA champion Lanny Wadkins, and took in tales of Wadkins and his 23 times playing the Masters. One story Zalatoris heard when he was 14 years old came in handy on the par-3 12th hole.

He just said that whenever it’s into the wind … it just doesn’t really affect the ball as much,” Zalatoris said.And when it’s downwind, that’s where guys tend to struggle.”

Now he heads into the weekend at a major that is up for grabs for so many players, minus Johnson, Rory McIlroy, Brooks Koepka and Patrick Cantlay, who all missed the cut.

It has been 42 years since Fuzzy Zoeller became the most recent player to win the Masters on his first try.

Right there with Zalatoris is another Dallas resident – Spieth, finding his form at a major where he has a victory, two runner-up finishes and third place in seven appearances. He thought he could win at Augusta even before he won last week in Texas.

I’m in position now to think that for sure,” Spieth said.But at the halfway point, I would have been pleased with being two back.”