Rose tied for lead after 3 rounds of Scottish Open 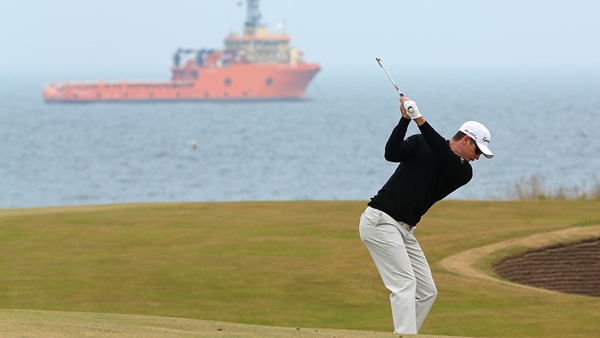 ABERDEEN, Scotland – Justin Rose set up a chance to capture back-to-back titles by shooting a 5-under 66 at the Scottish Open on Saturday to move into a share of the lead with Marc Warren after three rounds.

Rose and Warren (67) are 10-under-par overall at the warm-up tournament for the British Open, one shot clear of Kristoffer Broberg of Sweden (68).

Nearly three weeks after winning the Quicken Loans National at Congressional, Rose has kept up his strong form despite struggling with hayfever and, more recently, sinus problems.

Warren, who held a three-shot lead midway through the third round, is looking to avenge a final-round collapse at his home Scottish Open in 2012.

Rory McIlroy (68) and Phil Mickelson (70) were unable to mount considerable challenges to the leaders and are seven and eight shots off the lead, respectively.