Rouge et Or, Thunderbirds top leaderboard heading into final round at the Canadian University/College Championship 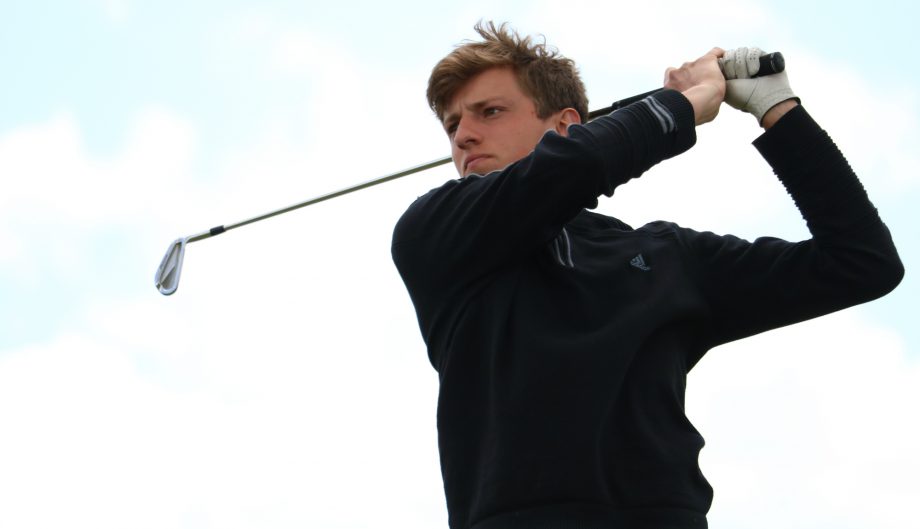 Université Laval Rouge et Or overtook the top spot in the men’s draw while the University of British Columbia Thunderbirds held onto their lead in the women’s division after round three at the Canadian University/College Championship on Wednesday at Tangle Creek Golf & Country Club.

The Rouge et Or men’s team shot a 13-over-par 297 to jump to the top of the leaderboard, building a one-stroke advantage. They were sitting outside the top two as the final Laval player, Baptiste Mory, headed to the final hole.

Mory, who has been the team’s best golfer through three rounds, sank a clutch 35-foot putt for eagle from just short of the green on 18. That marker led the 20-year-old to a 2-over-par 73 on the day.

“I played very good today,” he said, shortly after his eagle putt. “It was my best day of golf. My coach told me on the fairway that I had to get an eagle to put us up one shot in the tournament. I hit a bad shot to the green, but the putt was amazing.”

The score was his best since his opening-round 71, and it moves him into a tie for third in the individual standings, four back of leader Evan Holmes from the University of British Columbia.

Tied in second, one stroke behind the Rouge et Or, are the Wilfrid Laurier University Golden Hawks and Thunderbirds. The Golden Hawks were ahead after the second round but lost their lead following an 18-over-par 302. The Thunderbirds carded the low score of the tournament with a 4-over 288, launching them up the standings from outside the top five.

Golden Hawks’ Eric Flockhart, who was No. 1 through the opening two rounds, slipped on Wednesday with a 77 (+6), his worst score of the tournament. Holmes helped carry the Thunderbirds into contention with his 1-under-par 70, good for a three-stroke cushion.

In the women’s draw, the University of British Columbia holds a commanding lead entering the final day. After a collective 15-over-par 231, the Thunderbirds sit 41 strokes ahead of the competition.

Continuing to lead the way for them is defending champion Kat Kennedy, who recorded her second consecutive 76 to bring her to 8 over for the tournament. Despite posting double-bogeys on holes nine and 18, the 22-year-old from Okotoks, Alta., maintained an 8-stroke lead over the individual women’s division heading to the final round on Thursday.

“I ended up doubling holes nine and 18,” she said, greenside after her third round. “Finishing on a double is kind of rough, so hopefully I get it back tomorrow. It’s my last round in my university career so I want to finish strong and help the team win.”

Final round of the #CDNUniCollege Championship is officially underway. Check out the pics from yesterday's action

Laura Upenieks sits in third place with a 5-over-par 77 to lead the way for the Varsity Blues, while Laura Ferreira is the Vikes’ low-scorer at T5 following her 8-over-par 80.

Rounding out the top six teams making the cut in the women’s division are University of the Fraser Valley Cascades, Université Laval Rouge et Or and the Western University Mustangs.

More information on the tournament can be found here.