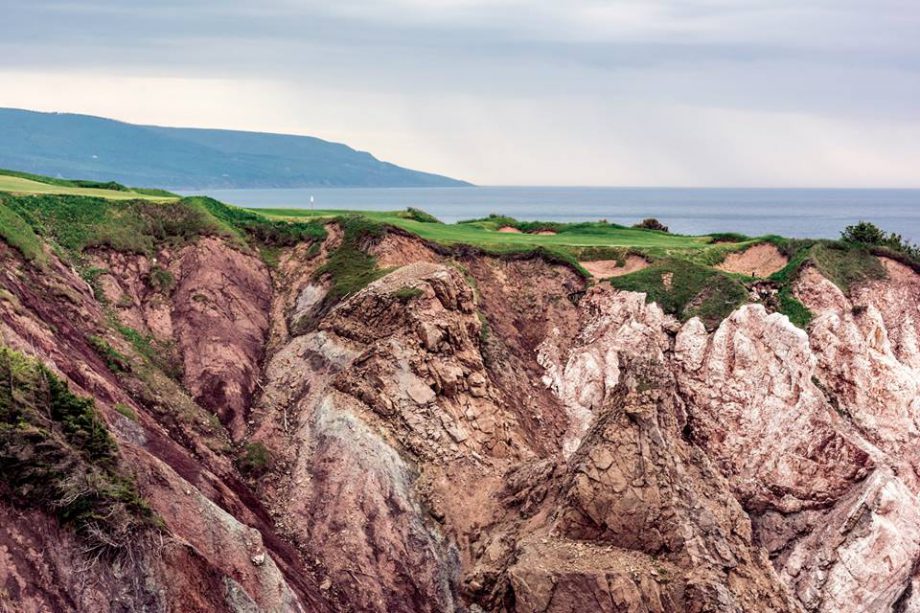 INVERNESS, N.S.—Cabot Links showed its teeth Tuesday for the second round of the PGA Championship of Canada sponsored by Mr. Lube and presented by TaylorMade-adidas Golf.

“This is the toughest golf course I’ve ever played,” admitted Danny King of the Performance Academy at Magna. “The greens out here are pretty diabolical so you’ve got to pay attention to your speed. There’s a demand on your tee shots with the wind blowing 40 km/h, so you’ve just got to keep the ball on the ground.”

King’s two-day score off 3-over-par secured his No. 1 seed heading into Wednesday’s first round of matches with the top 16 players squaring off inr the four match play brackets—Stan Leonard, George Knudson, Al Balding and Moe Norman.

Blais—the 15th seed—faces 2013 PGA Championship of Canada winner Bryn Parry, while Zibrik meets King in the No. 1 vs. No. 16 match.

“I had like a 30-yard shot where I had to check it and spin it,” Zibrik said about his approach shot in the second playoff hole versus Jim Zwolak of Credit Valley G&CC. “I hit it to like 10 or 12 feet below the hole and was fortunate to make it.”

The player who sits atop the PGA of Canada Player Rankings presented by RBC at the conclusion of the PGA Championship of Canada earns an exemption into this year’s RBC Canadian Open at Glen Abbey Golf Club in Oakville, Ont. Currently, Walsh sits No. 1 on the pplayer rankings rankings with 316 points, ahead of 2014 PGA Championship of Canada winner Dave Levesque of Montreal and and Parry

Players who didn’t make the 36-hole cut will compete in the GolfNorth Skins Game Wednesday at the historic Cape Breton Highlands Links in Ingonish, N.S.

Attendance to the PGA Championship of Canada sponsored by Mr. Lube and presented by TaylorMade-adidas Golf is free and spectators are encouraged to attend during tournament play.