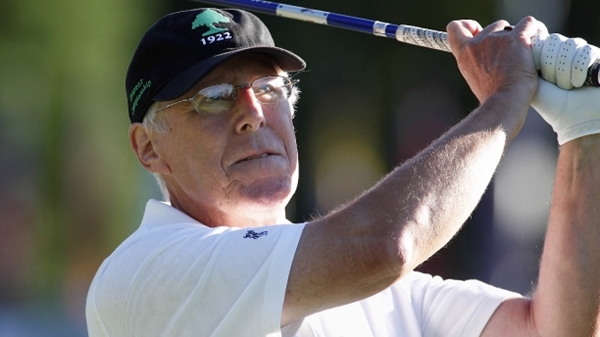 The Canadian Golf Hall of Fame honoured member once again got off to an unsteady start with a bogey on the 1st hole, but it proved to be the only blemish on his scorecard for the day.

The four-time Canadian Amateur and 13-time British Columbia Amateur champion carded birdies on holes 9 and 10 to fire his third consecutive sub-par round (69-69-70) at Capilano to sit at 5-under 208.

“I had a bit of a shaky start, but settled into a nice rhythm,” said Roxburgh. “I always enjoy playing with Sandy Harper and it was a fun day. I’m looking forward to tomorrow with Sandy again and Brady (Exber).”

“My approach today was to not make the silly mistakes I made the first two days,” he explained. “I’ve been driving the ball really well, and having some 4 or 5 irons into the par-5s, but was missing the greens in very bad spots. Today I did a better job of that, birdieing all four of the par-5s.”

“My goal this week was to just not embarrass myself because people know I’ve won a big tournament and I didn’t want them to think it was a fluke,” he joked. “I think I’ve accomplished that at this point, so the pressure if off there. I’m still riding that high though, trying to play good and hopefully tomorrow will be a good day.”

The Canadian Senior Men’s Championship continues Friday with the final round beginning at 7:30 a.m. (PDT). Scoring, pairings and start times can be found online here.