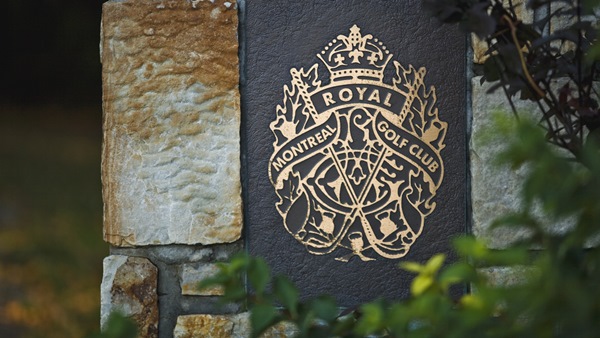 It means the more things change, the more they stay the same. And in a sense it’s applicable to what has transpired at The Royal Montreal Golf Club and on its famed Blue course since it last held the RBC Canadian Open in 2001.

The historic and picturesque layout, which is set to host this year’s championship July 24-27, has undergone changes since 2001 when the club hosted the championship for the second time in four years. Changes that were part of a major renovation of the Blue course by renowned course designer Rees Jones and completed ahead of the 2007 Presidents Cup which was the first time the biennial match play championship between the International and United States teams was played in Canada.

The course on which American Scott Verplank won for the first time in 2001, a victory which assured him a spot on the U.S. team for that year’s Ryder Cup which ultimately was postponed for a year because of the September 11th terrorist attacks in the U.S., and the same course where 1997 saw Tiger Woods miss the cut for the first time as a professional, is different in a number of respects from what players will see this time.

At the time of this writing only nine of the players in the field for this year’s tournament have a familiarity with the new-look Blue course – Stewart Cink, Ernie Els, Jim Furyk, Lucas Glover, Retief Goosen, Trevor Immelman, Hunter Mahan, Vijay Singh, and Canada’s Mike Weir – because of having played for their respective International and U.S. squads in the Presidents Cup.

“I don’t think the players who were there in 2001 or even in ’97 will really notice the changes,” says RBC Canadian Open tournament director Bill Paul. “There is a little more yardage than in ’01, but I think those who were there then, or even in ’97, or have heard of it, will know how the course played and now plays: an old and traditional style where the course is all right in front of you. That will be the appeal more than anything.

“Obviously the greens will be the biggest change from the previous Canadian Opens in terms of their size and the movement within them,” says Paul. “And the setup for this year’s Open will be a bit more difficult than it was for the Presidents Cup. We’ll have more rough.

“By in large it’s the same kind of course as in 2007, but I think as a player how you play match play and how you play stroke play are two different things.”

Upon completion of the renovation, Jones expressed satisfaction with the changes and felt the players headed to the Presidents Cup would be called upon to create opportunities to score with each swing of the golf club.

“The players will have to make a lot of decisions in the course,” Jones said at the time.

No doubt the same will be true this time for the RBC Canadian Open.

A glance at the Blue course hole by hole:

It’s a slight uphill dogleg left where a 300-yard plus drive is needed to carry a fairway bunker in the left. The green is kidney-shaped, narrows at the front while the back left slopes away.

This is a dogleg right that rolls slightly downhill and is driveable from the tee especially with help of the prevailing wind. The green runs perpendicular to the fairway and in addition to being guarded by deep bunker on the left, features several distinct spines and slopes to the right.

A dogleg to the right, it requires an accurate second shot to an elevated green which slopes to the back and guarded by bunkers on both sides.

The most difficult hole on the front nine usually plays into the prevailing southwest wind. The dogleg left uphill has a narrow landing area between fairway bunkers and a green protected by bunkers on the left and right front sides.

Another kidney-shaped and elevated green, there are bunkers left and right.

The dogleg right has a large green which sits on a plateau and is angled toward the fairway. Deep bunkers guard the front and there is a series of more at the back on this the first of only two par-5s on the entire course.

It’s the shortest par 3, but the green is small, narrow and protected extremely well.

It’s a short dogleg left that and usually plays downwind. The green is generous, but not entirely visible from where players hit approach shots.

Similar to No. 1 as a slight dogleg left although not uphill, a carry of 320 yards off the tee is needed to take a bunker out of play on the left side of the fairway near the landing area. The elevated green is narrow at the front and has deep bunkers on both sides.

A large pond on the left side starts 160 yards from the green and continues all the way to it. Trees line the right side and the green features a “waterfall style surface” with the height increasing from front to back.

The drive from the tee is through a column of trees poised like sentries on either side. The hole doglegs slightly to the right and flows uphill to a sneaky green with ridge running down the centre of it.

The first of two new holes and a dogleg left, it plays downhill but has a generous landing zone bordered by bunkers on either side. The green is perched and protected by a complex of bunkers on the left side.

It’s the second of the two new holes created during the renovation before the 2007 Presidents Cup. It’s also the longest of four par-3s on the course and plays downhill to another narrow and well-bunkered green.

Water again is a factor on the left side of the fairway and in front of and around the green. Bunkers on the right and a pot bunker at the back left between the green and the pond guard a long and narrow putting service.

Driver off the tee might not be the best option on a hole with a large pond that runs all along the left side. The approach shot is played over water to an elevated green that is protected by a huge bunker.

The prevailing wind blows across the green toward the pond on the right. The green is narrow and bunkered on the left side.

The 18th is the most challenging green on the course. Water is in play on the left side off the tee and the landing area where the fairway shifts to left and move slightly uphill to a plateaued green.

This is the hole where Weir in dramatic fashion won his Sunday singles match against Tiger Woods at the 2007 Presidents Cup.