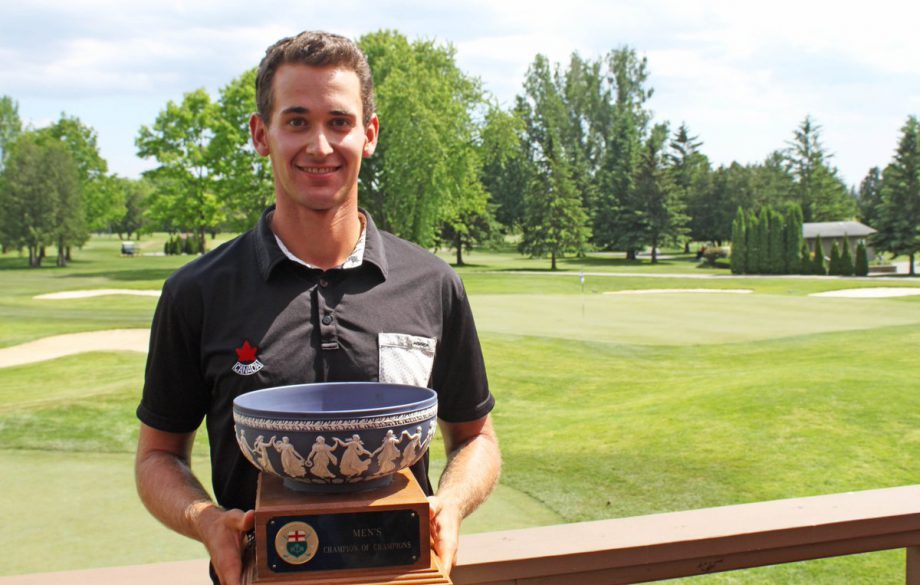 GORMLEY, Ont. — Men’s club champions from across the province were at Meadowbrook Golf & Country Club on June 3 for the playing of the Golf Ontario 2016 Champion of Champions tournament, presented by Turkish Airlines.

It was a beautiful day for the 53 champions who teed it up, as they all looked to be crowned 2016 Champion of Champions. The event had a wide range of ages competing, as the youngest champion was just 15-years-old while the oldest was 68.

Taking the title was Brampton Golf Club’s Russell Bowie. The 24-year-old Mississauga resident fired a two-under (69) to win the title by one stroke. Following the win, Bowie spoke about how honoured he was to be following in the footsteps of other Brampton Golf Club members who have won the Ontario Champion of Champions. “It means a lot to me to win this. It is a collection of club champions, so it’s pretty special to win. For Brampton, we have had a few previous winners: Stu Hamilton won it years ago and just a few years back, a good friend of mine, Binupa Wijesinghe, won it. I’m happy to bring it back to Brampton.”

Bowie credited his win to avoiding any major mistakes during the round. “I think I just avoided any major errors. I was never in any trouble. I hit a lot of fairways and greens, so I was never really scrambling. It was a good straight-forward round.”

This is the first provincial championship for Bowie.

Rounding out the podium in a tie for third were Deer Ridge Golf Club’s Ryan Kings and St. Catharines Golf & Country Club’s Robert Ellis. Kings, from Kitchener, and Ellis, from St. Catharines, each finished at even par (70).