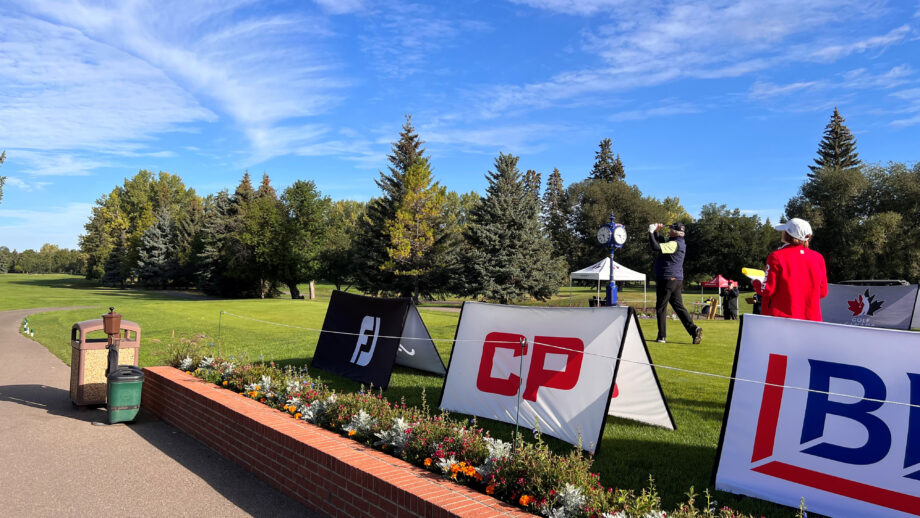 Red Deer, Alta. – Red Deer Golf & Country Club proved to be a solid test for the top senior competitors from Canada and the United States with only six golfers out of a field of 156 finishing under par after Tuesday’s opening round at the 2022 Canadian Men’s Senior Championship, presented by BDO.

Rusty Strawn of McDonough, Ga., carded a 3-under 69 that included two birdies and an eagle to share possession of the lead with fellow American Mike Lohner.

Strawn is fresh off a victory last week at the U.S. Senior Amateur Championship at The Kittansett Club in Marion, Mass. This week, the Peach State resident will look to add another accolade to his impressive 2022 season collecting titles at the Trans-Mississippi Senior Championship and the Florida Senior Azalea Amateur Championship earlier this year.

Mike Lohner of Southlake, Tex. countered three bogeys with six birdies to fight for his share of the lead this afternoon. Lohner, who calls Vaquero Club home, finished second in the Carlton Woods Invitational earlier this year and is in the hunt for his first victory north of the border.

A 65-and-over Super Senior Championship will run concurrently throughout the tournament, crowning a champion and awarding the Governor’s Cup after 72 holes of play. After round one, David Schultz of Calgary, Alta. and Frank Van Dornick of Camrose, Alta. are tied for the lead at one-over.

The inter-provincial team competition, which returns for the first time since 2019, is also being contested over the championship’s first 36 holes.

Following the conclusion of round two tomorrow, the field will be reduced to the low 70 players and ties as competitors vie for the 60th Canadian Men’s Senior Championship title and a coveted spot on the John Rankin Memorial Trophy. The individual champion will also receive an exemption into the 2023 U.S. Senior Amateur Championship.