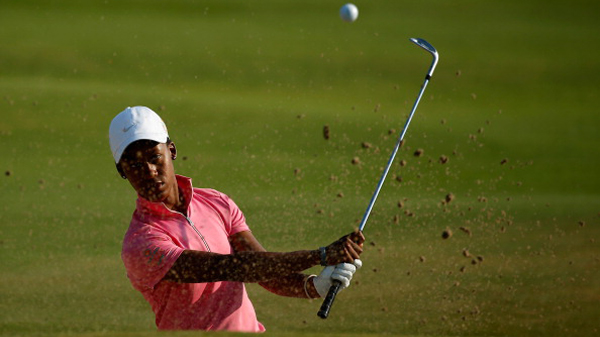 Parks, the 24-year-old former University of Washington player from Tacoma, matched the course record with a bogey-free 9-under 62 for a one-stroke victory over Taiwan’s Min Lee. LaRee Sugg was the first black champion on the developmental tour, winning in 1998 in Pewaukee, Wisconsin.

Parks was second in the previous tour event, the Island Resort Championship on July 29.

Brianna Do and South Korea’s Min Seo Kwak tied for third at 12 under. They each shot 66.

Quebec’s Maude-Aimee Leblanc claimed a top 10 finish at 7-under, while Sara-Maude Juneau finished right behind her with a 6-under 207 to claim 14th place.