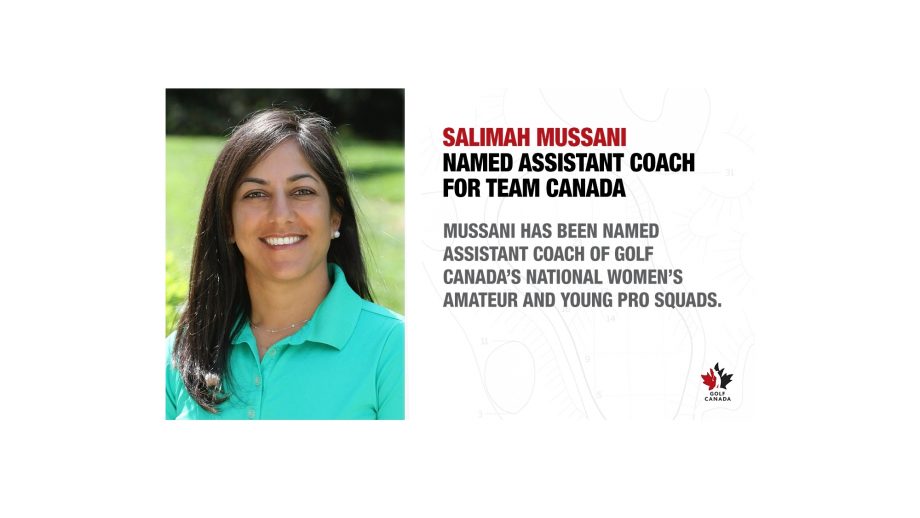 Mussani is a PGA of Canada class “A” professional who was born in Ontario and now resides in Vancouver. She played golf and graduated from Stanford University before competing as a professional on the Symetra and LPGA Tours, as well as the former Canadian Women’s Tour.

“Salimah brings a wealth of high-performance experience, both playing and coaching from her time on various Tours and coaching in the NCAA,” said Mullally, head coach of the National Women’s Amateur and Young Professional Squads. “She is an amazing addition to our coaching staff and an essential part of supporting Canadian players in their quest for professional success.”

Mussani’s first coaching assignment was as an assistant coach of the women’s golf team at Stanford University from 2008-2010. Since returning to Canada, Mussani has served as a volunteer assistant to the University of British Columbia’s Golf Team and currently works as an instructor at a number of established clubs in British Columbia, including the Vancouver Golf Club.