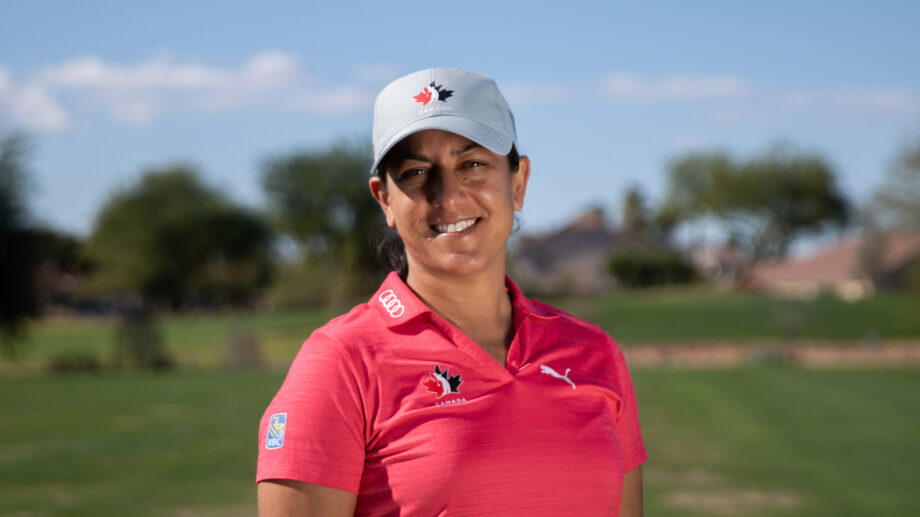 Golf Canada announced today that Salimah Mussani has been promoted from Assistant Coach and named as Women’s Head Coach for Team Canada. Mussani will oversee the development of Canada’s top female amateur and professional golfers with the objective of increasing the number of Canadian players on the LPGA Tour.

“I am extremely honoured and grateful to have this opportunity to lead our women’s program into this next phase,” said Mussani. “Having the opportunity to help our country’s top female golfers achieve their dreams and succeed is a blessing. “I am looking forward to working together with everyone who is involved in the development of our players on their journey to the LPGA Tour.”

Mussani assumes the Women’s Head Coach position after serving as Assistant Coach under Tristan Mullally, who transitioned into the role of National Talent Identification Director as part of Golf Canada’s enhancement to its player development program.

A two-time Ontario Junior champion and two-time Canadian Junior champion, Mussani brings a wealth of competitive experience having been a key member of a NCAA runner-up golf team at Stanford University before competing as a professional on the Epson and LPGA Tours, as well as the (former) Canadian Women’s Tour. Mussani is a former PGA of Canada Women’s champion and winner on the Epson Tour and (former) Canadian Women’s Tour. Mussani has held assistant coaching roles with Stanford University, University of British Columbia, and Team Canada. Originally from Burlington, Ont., Mussani is a PGA of Canada class “A” professional  who now resides in Vancouver.

Jennifer Greggain of Chilliwack, B.C. joins Mussani on the coaching staff of Team Canada as a full-time Associate Coach, transitioning from her current role as Assistant Coach for the National Junior Squad. A former LPGA Tour player with 22 years of professional golf experience, Greggain previously served as a Provincial Coach for British Columbia Golf and as the Assistant Coach for Team Canada.

“I am incredibly excited to work alongside Salimah as we lead our women’s program into the future. We are both very passionate about Canadian women’s golf and feel well-prepared to help Canada pursue its player development goals,” said Greggain.

Mussani and Greggain will support an expanded women’s roster of Team Canada athletes that includes eight players on the Amateur Squad as well as five players on the Young Pro Squad.

“We are excited about the leadership that Salimah and Jennifer will provide for our women’s program. In addition to enhancing the performance of Canada’s best amateur and professional players, they will create a supportive and communicative culture that prioritizes overall wellbeing for our Canadian women during their journeys to the LPGA tour,” said Golf Canada High Performance Manager Emily Phoenix.