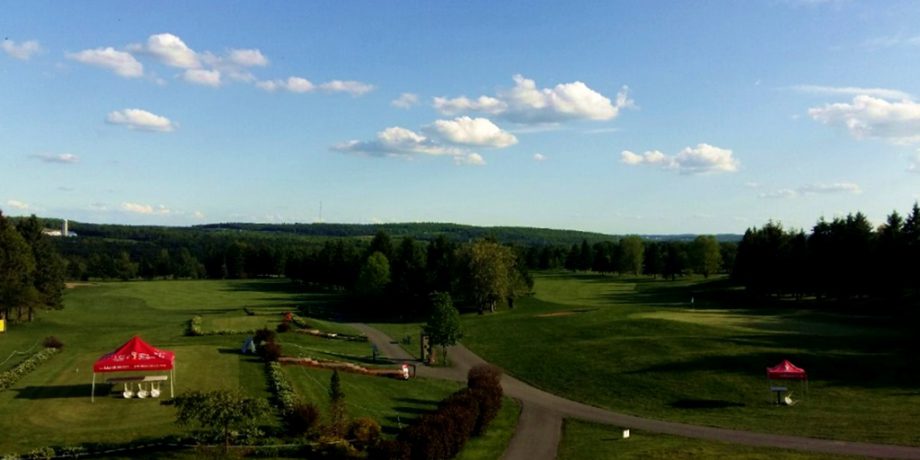 BEAUCEVILLE, Que. – Sun broke through the morning’s cloudy skies at Club de golf Beauceville for the first round of the 2016 CN Future Links Quebec Championship. Sam Meek snuck through a close group of competitors to top the Junior Boys division by one stroke, while Monet Chun and Alyssa DiMarcantonio shot matching 72s to share the Junior Girls lead.

Meek, a Peterborough, Ont., native, maintained an even-par round through 15 holes before sinking birdies on holes 16 and 18 to finish at 2-under. The 17-year-old tallied five birdies en route to the day’s low round.

Callum Davison from Duncan, B.C., and Marc-Antoine Hotte of Mascouche, Que., sit T2 after matching rounds of 1-under. Davison sunk two eagles on holes 11 and 16, while Hotte led all players in the field with seven birdies.

Charles-Éric Bélanger – a member of Team Canada’s Development Squad – began the day with back-to-back birdies on the first two holes. The Québec City native finished in a six-way tie for 4th at even par.

Two players share the Junior Girls division’s top spot, with Monet Chun of Richmond Hill, Ont., notching three birdies on the back nine to finish at even-par. Alyssa DiMarcantonio of Maple, Ont., holds a share of first after collecting four birdies and an eagle on the par-5 16th hole.

Ellice Hong of Thornhill, Ont., Céleste Dao of Notre-Dame-de-L’Île-Perrot, Que., and Québec City native Sarah-Ève Rhéaume sit two strokes behind the co-leaders. Dao and Hong both tallied four birdies on the day, with Hong sinking three on the back nine.

Exemptions into the 2016 Canadian Junior Boys Championship will be awarded to the top six finalists in the Junior Boys division. The event will be contested at Clovelly Golf Club in St. John’s N.L., from August 1-4. In the case of ties, exemptions will be decided via a hole-by-hole playoff. All those in the Top-6, including ties, in the Junior Girls division will gain entry into the Canadian Junior Girls Championship at The Links at Penn Hills in Shubenacadie, N.S., August 2-5.

The second day of competition will see the Junior Girls division tee-off at 7 a.m. before the Junior Boys take to the course at 8:40 a.m. Additional information, including pairings and up-to-date scoring is available here.