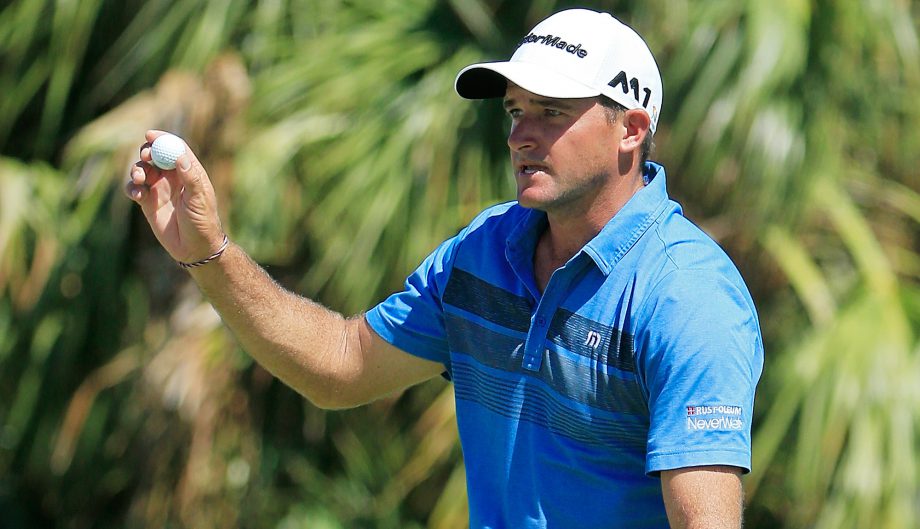 ATLANTIC BEACH, Fla. – Sam Saunders followed his opening 12-under 59 with a 66 on Friday to take a two-stroke lead into the weekend in the Web.com Tour Championship.

Arnold Palmer’s grandson, Saunders closed with a double bogey on his home Atlantic Beach Country Club course a day after shooting the seventh sub-60 round in Web.com Tour history.

“It’s the fact that you start feeling disappointed with pars,” Saunders said. “You make good pars on holes that you know are pars, and you have to tell yourself you’re fine. It feels like you’re playing so bad compared to yesterday. I parred the first three holes today and I felt like, ‘OK, I’m still playing good golf. It’s not time to panic.”’

Saunders is trying to regain his PGA Tour card in the four-event Web .com Tour Finals after finishing 129th in the FedEx Cup standings. He entered the week 24th in the race for 25 PGA Tour cards with $27,900 – the winner Sunday will get $180,000 – in the first three events.

On the par-5 18th, he blocked his second shot right of the green, and hit third into a plugged lie in a greenside bunker. He needed two shots to get out of the bunker and missed a 10-foot bogey putt.

“I’m not going to let making a bogey out there, or a couple of loose shots that got away (bother me),” Saunders said. “That happens. Golf is hard. You can’t shoot 59 and expect to shoot 62. … What’s important is the final score after two days, and I would have taken that my whole life.”

Argentina’s Julian Etulain was second at 15 under after a 63. He was 46th in the money chase with $11,348 after finishing 161st in the FedEx Cup standings.

Bronson Burgoon (63), Jonathan Byrd (65) and Roberto Castro (64) were four strokes back at 13 under. Steve Wheatcroft, like Saunders an Atlantic Beach member, had a 68 to top the group at 12 under.

Hunter Mahan missed the cut by a stroke with rounds of 70 and 68, costing the six-time PGA Tour winner a chance to regain his card in the series. He entered the week 33rd with $21,320 after finishing 182nd in the FedEx Cup standings.