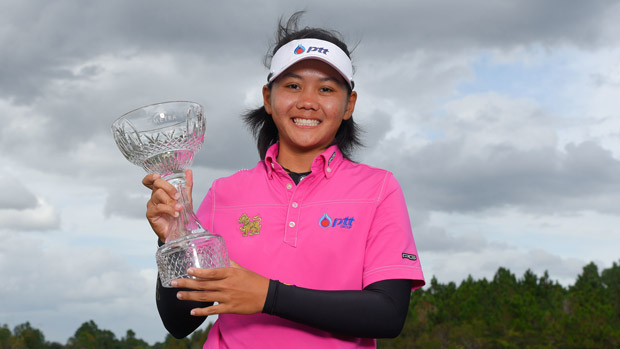 The 18-year-old Santiwiwatthanaphong birdied the par-5 18th for a 5-under 67 and a one-stroke victory.

“I’m very happy to win this tournament,” Santiwiwatthanaphong said. “It means a lot to win the last event and win my first event in the United States.”

“I’m overwhelmed with all kinds of different emotions,” Do said. “I’m excited. I’m relieved. It’s just a crazy moment right now and I’m trying to soak it in.”

Annie Park topped the money list with $68,673 in only 11 starts. The former University of Southern California player won three times and swept the player of the year and rookie of the year awards.

“It has been a lifelong dream to play on tour and to finally get status is unbelievable,” Park said. “I still can’t believe that I got my card, but I’m going to have to believe it next year.”

Rohanna edged Haruka Morita-WanyaoLu by $284 for the final LPGA Tour card. Augusta James, ninth on the list entering the week, dropped to 12th. The Canadian missed the cut.