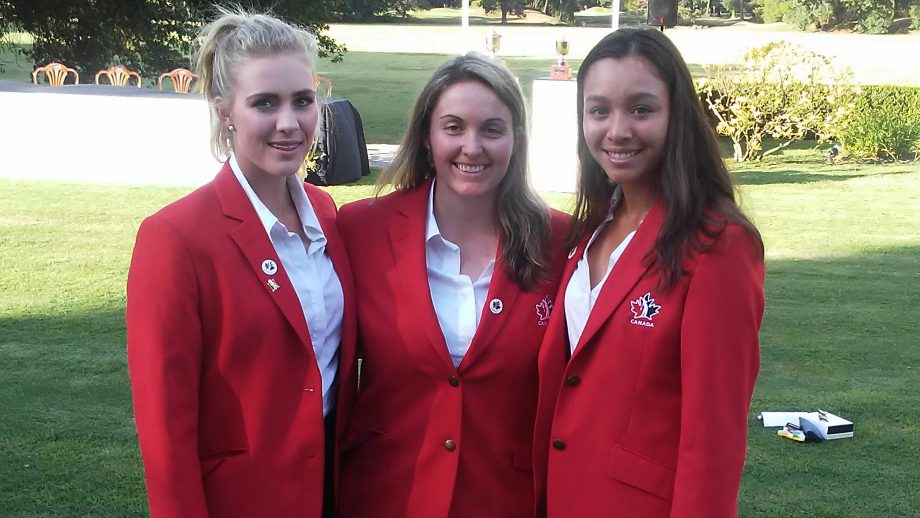 Golf Canada is pleased to announce that Canadian professional golfer and former Team Canada member Sara-Maude Juneau of Fossambault-sur-le-Lac, Que., has joined the organization in the role of assistant, Development Squad and Next Generation Performance.

Juneau—who played on both the LPGA and Symetra Tours during her career—will work closely with the 10 Development Squad athletes (five girls, five boys) as well as Golf Canada’s National Team coaches and Sport Science consultants to execute on Next Generation initiatives, all of which will lead to building a stronger Team Canada program.

“Sara-Maude brings a unique combination of skill and hands-on experience which we feel is critical to the success of developing our top-level juniors,” said Jeff Thompson, Golf Canada chief sport officer. “She was also a member of the Amateur Squad for two years, adding a valuable new perspective to our coaching staff.”

Juneau will help in leading the new centralized component of the Development Squad based out of Bear Mountain Resort in Victoria, B.C.—Team Canada’s Official Training Centre. The program will send Development Squad athletes to Bear Mountain from February through to early June to be immersed in a centre of excellence. In addition to being billeted and going to school locally, the athletes will be surrounded by world-class technical coaching staff and experts in the areas of mental performance, physiotherapy, biomechanics and nutrition.

“Sara-Maude is very familiar with life on the road as a touring professional, which will pay dividends in helping to guide our young athletes through proper training and competitive scheduling,” said Thompson. “We are also confident that her leadership will contribute to an ideal training environment for our Development Squad.”

The Team Canada graduate boasts 16 top-10 finishes on the Symetra Tour alongside a full season on the LPGA Tour in 2013. Prior to turning professional, Juneau played collegiate golf at the University of Louisville where she was named the 2010 Big East Conference Player of the Year while adding a win at the Quebec Women’s Amateur that same year.

Excited to welcome @smjuneau_3 back to the national team as Assistant, #TeamCanada & Next Generation ???