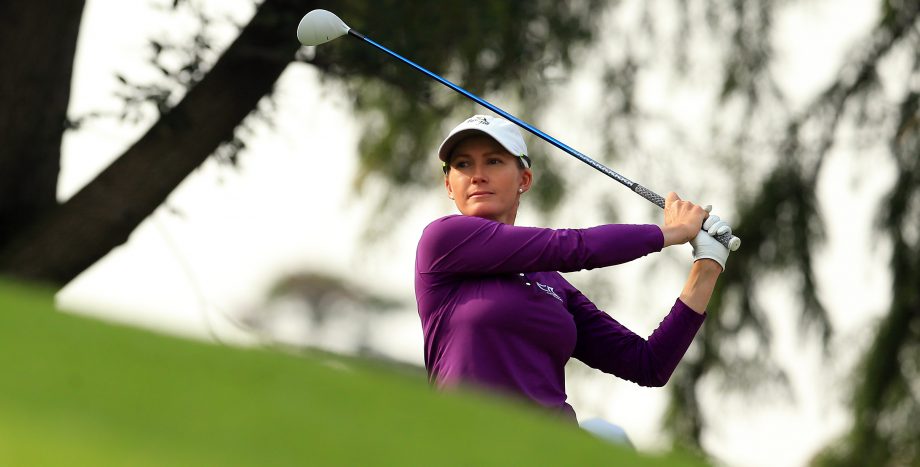 MEXICO CITY – Sarah Jane Smith shot a 4-under 68 on Friday to take a two-stroke lead in the Citibanamex Lorena Ochoa Invitational.

The Australian birdied four of the first seven holes, dropped a stroke on the par-4 eighth and birdied the par-3 14th. Winless on the LPGA Tour, she had a 9-under 135 total at Club de Golf Mexico.

“I feel a little bit nervous to be honest. I have never been in this position before,” Smith said. “So, even a couple times today, I was a little nervous, but I was happy with the way that I handled it. Hopefully, I can just keep doing what I have been doing and see what happens.”

“It is one of those numbers when you know you have the number perfect, is just a matter of the swing, adjusting your swing,” Lopez said.

South Korea’s Chella Choi and France’s Karine Icher each shot their second straight 69 to get to 6 under.

Michelle Wie was tied for 13th at 3 under after a 71. The 2009 winner in Guadalajara, she’s playing on a sponsor invite after failing to qualify.

Mexican amateur Maria Fassi, tied for third after an opening 69, had a 76 to fall into a tie for 22nd at 1 over. She’s a freshman at the University of Arkansas.

Brooke Henderson, the highest-ranked player in the field at No. 7 in the world, also was 1 over. The Canadian shot 71. No. 14 Anna Nordqvist was 3 over after a 72.