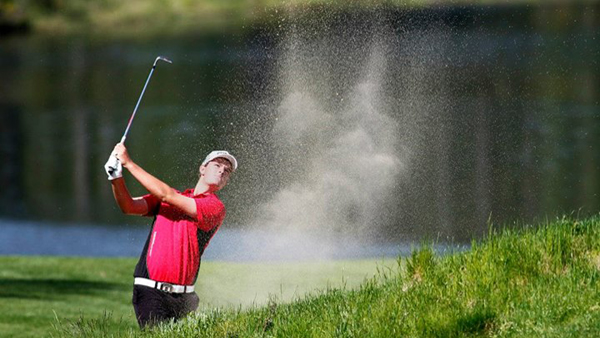 Minett, Ont. – The second round of the 2014 CN Future Links Ontario Championship continued today at The Rock Golf Club in Minett, Ont.

Tyler Saunders of Sturgeon County, Alta. continued his strong play, breaking yesterday’s tie with Sun Kim to land first with 2-under-par 69 – a total score of 4-under-par 138. Kim, 16, of L’Ile-Perrot, Que. holds second in the Junior Boys division, scoring 2-over-par 73 today for a total of 142, and Bryce Evon, 18, of Windsor, Ont. sits in third with a 3-over-par 74, a total of 145. Osama Khan of Mississauga and Charles Corner of Cayuga, Ont. share fifth.

Selena Costabile of Thornhil, Ont. continued to hold onto the first place spot in the Junior Girls division, scoring 3-over-par 74 today to sit at an overall score of even par-142. Team Canada Development Squad Member Naomi Ko of Victoria, B.C. follows in second by one stroke, scoring 2-over-par 73 for a total score of 143. Third place’s Grace St-Germain, 15, of Ottawa fired the shot of the day with her career’s first hole-in-one on the par-3 second hole at The Rock, making for a second round score of even-par 71.

The top six competitors in the Junior Boys division of each of six regional CN Future Links Championships being held in 2014 will earn exemptions into the 2014 Canadian Junior Boys Championship, which will be contested July 28 – August 1 at the Legends on the Niagara Battlefield Course in Niagara Falls, Ont. The Junior Girls champion from each 2014 CN Future Links Championship will earn an exemption into the 2014 Canadian Junior Girls Championship which runs July 28 – August 1 at Thornhill Golf and Country Club in Thornhill, Ont. In addition, the Junior Girls champion will receive an exemption into a 2015 Canadian Women’s Tour event.

The third and final round of the CN Future Links Ontario Championship takes place tomorrow at 7:20 a.m. EST. For complete scoring and information, click here.