Scott, McIlroy inspire each other to better golf 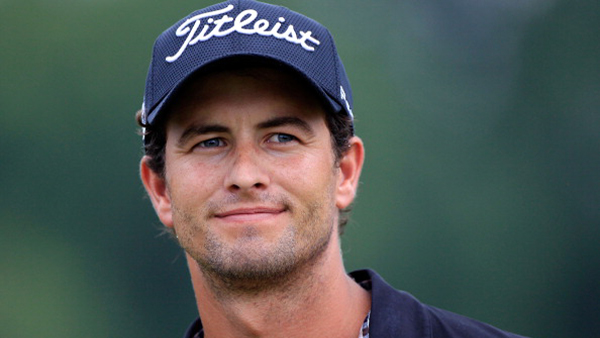 SYDNEY — On the eve of the Australian Open – and their first tournament together since September – Rory McIlroy and Adam Scott were doing their best Wednesday to sound like a mutual admiration society.

Shortly after they played off the same tee in a pro-am at The Australian Golf Club, McIlroy credited Scott with giving him the confidence to have the 2014 that he’s had – two majors and winner of the European Tour’s Race to Dubai. And those are just the highlights.

McIlroy won last year’s Australian Open with a birdie on the 18th hole at Royal Sydney, relegating Scott to second. While Scott has jokingly referred to McIlroy in the meantime as a “thorn in my side,” he says the Northern Irishman “has inspired me to work harder.”

The Australian Open was set to be a showdown between No. 1 McIlroy and No. 2 Scott, who haven’t played in the same tournament since the Tour Championship in Atlanta. Henrik Stenson changed that scenario with a win last weekend at the European Tour’s season-ending event, moving up to No. 2 and relegating Scott to 3 in the rankings. American Jordan Spieth is the other headliner in Sydney.

Last year, then U.S. Masters champion Scott led McIlroy by a shot going down the 18th fairway, but missed the green with his second shot and made bogey. McIlroy made a 15-foot putt for birdie to clinch the Stonehaven Cup, denying Scott a third win in a row at his country’s leading events – the PGA, Masters and Open – the so-called Australian Triple Crown.

“When the stars align for a guy like that, he’s hard to beat,” Scott said. “But that gives me all the more incentive when I play against him.”

McIlroy said his 2013 win “set me up a lot” for his outstanding season.

“I think I was four shots behind Adam going into the weekend and he was the No. 1 player in the world, he’d just come off the back of two wins, he was the Masters champion and to battle him for 36 holes and be able to come out on top … I did take a lot from that victory,” McIlroy said. “It was my one and only victory of 2013 but it ended the year for me on a high and gave me momentum going into 2014.”

Scott says he and McIlroy have “pushed each other along over the last couple of years, and certainly the last half of this year.”

“Rory has taken his game up a notch and that’s inspired me to work harder because he’s got to have more motivation than ever for what’s upcoming for him,” Scott added. “Next year, he’s got a chance to complete things in a career that so few have done.”

A win for McIlroy at next year’s Masters at Augusta would enable him to complete a career grand slam. McIlroy will also be aiming to win his third consecutive major – only Ben Hogan, Jack Nicklaus and Tiger Woods have achieved that feat.

The Australian Open will be the first qualifying tournament for next year’s British Open. The leading three players at Sydney who are not otherwise exempt will qualify for the Open Championship at St. Andrews.