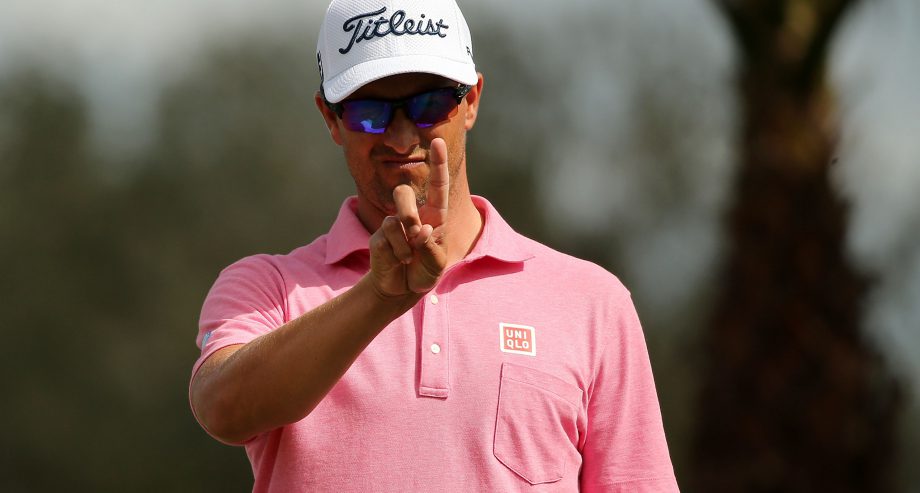 PALM BEACH GARDENS, Fla. – Adam Scott tapped in a 30-inch par putt to win the Honda Classic on Sunday, and the smile was more relief than joy over ending the longest drought of his career.

Yes, he still can win with a short putter.

In his third tournament since a new rule that outlaws the anchored stroke Scott used for a long putter the last five years, he made enough putts at PGA National for an even-par 70 to hold off Sergio Garcia and win for the first time since Colonial in May 2014.

“Probably good for everybody who likes talking about it, absolutely,” Scott said. “And therefore, good for me. Good for me because maybe we don’t have to go over it too much anymore. Again, it just reassures me I’m on the right track with the things I’m doing on the greens, and I’m just going to try and get better every week. And I think it’s in a great spot at the moment.

“If I can get better and better, then I like what’s to come.”

Scott opened with a 10-foot birdie putt that set the tone, and he seized control early on the back nine when Garcia missed a 3-foot par putt on the 11th hole, and Scott followed with a 9-iron out of a bunker to 2 feet for birdie and a two-shot lead.

Garcia made birdie on the final hole for a 71, forcing Scott to convert his short par putt.

“He played really, really solid,” Garcia said. “I played with him the last two days, and he looked awesome. I know I can play better. That’s the good thing. Without feeling like I was swinging that great, I still managed to have a chance, so I’m happy with that.”

It was the first time Scott won with a short putter since the 2010 Singapore Open. He switched to a long putter that he anchored to his chest at the Match Play Championship and when he won the Masters in 2013, he was the fourth player in six majors to use an anchored putting stroke.

It was outlawed at the start of this year, and Scott had grown weary of talking about it. Overlooked was that he had won 18 times worldwide with a short putter, including The Players Championship and the Tour Championship. He even led the tour in the “strokes gained” category over Tiger Woods, Brad Faxon and Steve Stricker in 2004, before the tour began publishing that data.

All the evidence he needed was the trophy he held on Sunday.

“I’ve kind of said it the whole time. I don’t think it’s going to be that big a deal for me,” Scott said. “It’s some hard work, and I’m not afraid of that. I’m glad it’s going in the right direction, and I’ve putted pretty solid the last couple weeks, and I want to make sure that keeps going.”

The final round was a duel between Scott and Garcia, though Justin Thomas and Blayne Barber both got within two shots at one point on the back nine. Barber didn’t make a birdie over the final seven holes and shot 70. Thomas took double bogey from the back bunker on the par-3 17th and closed with a 69. They tied for third, four shots behind.

Scott had one last hurdle to clear.

Garcia made his first birdie of the round with a 6-foot putt on the 14th hole to close to within one shot. They headed to the tee on the par-3 15th over water, where a day earlier Scott hit two balls into the water and made a quadruple-bogey 7, going from a three-shot lead to a one-shot deficit.

It helped that the tee was moved forward to make it only 151 yards (instead of 179 yards), though the front pin was close to the water. Scott was ready to hit 8-iron when he felt a small puff of wind in his face and backed off the shot. He got back in quickly when he felt the wind die, and the ball landed safely 30 feet away.

After both made careless bogeys on the 16th, Scott faced one more par 3 over the water on the 17th hole, where fans holding beer in both hands hurled insults at Scott and Garcia as they stood on the tee. “Two more in the water, Adam,” one man yelled.

Scott had a 7-iron that he hit “as hard as I could,” and it was a relief to see it find the green. He took a two-shot lead to the final hole when Garcia made bogey, and only needed a simple par for the victory.

The timing was perfect.

This was only his 10th event since a permanent switch to the short putter dating to the Presidents Cup, and he has finished out of the top 10 only twice since then. And he finally had another victory.

“I want to feel somewhat relevant out here when it comes to being one of the best players in the world,” he said. “That’s just down to my results. You can talk it in your head and try and build yourself up as much as you want. But at some point, you’re going to have to have the results to actually prove it.”

Graham DeLaet shot 75 Sunday to finish 6-over and tie for 53rd.