No off-season for the guardians of the greens 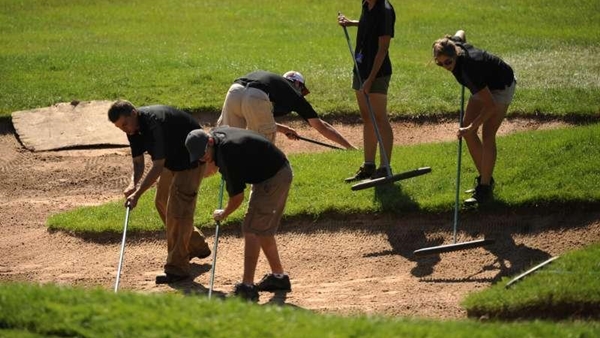 If you think your golf course superintendent hangs the “Course Closed” sign at the entrance as he heads out for a lengthy winter vacation in the sun, you are sorely mistaken.

But that is just one of many misconceptions about the role of the superintendent, including what they do during the off-season.

Bill Green, superintendent at Cutten Fields in Guelph, Ont., has experienced a few winters of despair, notably the ice-related devastation in Southern Ontario during the winter of 2013-2014. Many courses lost some, if not all, of their greens and thousands of trees were damaged.

“There’s really nothing you can do when you get a winter like that,” laments Green, who says he is “cautiously optimistic” about the coming season (Dickens’s “spring of hope”) after an Ontario winter that brought its share of snow and cold temperatures but no disasters like the previous one.

During the off-season, which generally runs from the end of October to mid-April, he and his colleagues in most of Canada, east of the Rockies that is, have plenty to keep them busy. Green readily rhymes off a list.

“There are lots of winter projects like tree programs which you like to do in the off season so you’re not disrupting play. There are health and safety programs, continuing education like attending conferences and symposiums, establishing maintenance policies and procedures, interviewing and hiring and training staff, staying in regular communication with the members, meeting with the Board and committees, establishing a budget, refurbishing and painting golf course furniture, working with the mechanic to get all the equipment in top-notch condition … the list goes on. Oh, and you have to take some time for vacation with the family, too. You have a lot to make up for when you are away from them at the course for so many hours during the season.”

As Green recites his list, looking out at snow-covered Cutten Fields, Dave Kennedy mentions casually that there were 190-plus golfers on his course, the Vancouver Golf Club, on a recent Sunday. Dickens might have called it A Tale of Two Countries.

In stark contrast to the majority of Canada, particularly the Maritimes, B.C.’s Lower Mainland has had an unusually mild winter, even for that region. As a result, there has been no “off season” as such for golf courses and their superintendents. No “Course Closed” signs here.

So, understanding that every superintendent across the country has to attend to all the items Green mentioned, how do Kennedy and his West Coast colleagues cope?

“A lot of things we normally do over the winter just didn’t happen this year,” says Kennedy, “so we have to try to fit them in and get them done before the heat of the season.”

In terms of “heat,” this summer brings significantly more than most, since the Canadian Pacific Women’s Canadian Open arrives Aug. 17-23. It will be the fourth time the LPGA has visited Vancouver GC. To Kennedy’s advantage, he was there the last time in 2012. Also working on his behalf are the mild winter and the less demanding requirements of an LPGA tournament versus a PGA TOUR event.

“Other than a few minor changes, the course will play almost the same way it usually does for the members,” Kennedy says, putting to rest the widely held belief that the arrival of a major event totally disrupts the normal routine of a course and its members.

With that misconception dispelled, Kennedy points out that many golfers vastly underestimate the role of the superintendent. “I don’t think many people realize just how technical our profession has become over the years.”

A visit to the web siteof the Canadian Golf Superintendents Association www.golfsupers.com will confirm that.

Like a goalie in hockey, superintendents seldom get the credit they deserve when things are going well, yet, when things go badly, they get far more than their share of the blame.

For the most part, that scenario plays out because the majority of golfers don’t understand the vital and ever-expanding role of the superintendent, not only during the golf season but also in the off season. Time to change that.