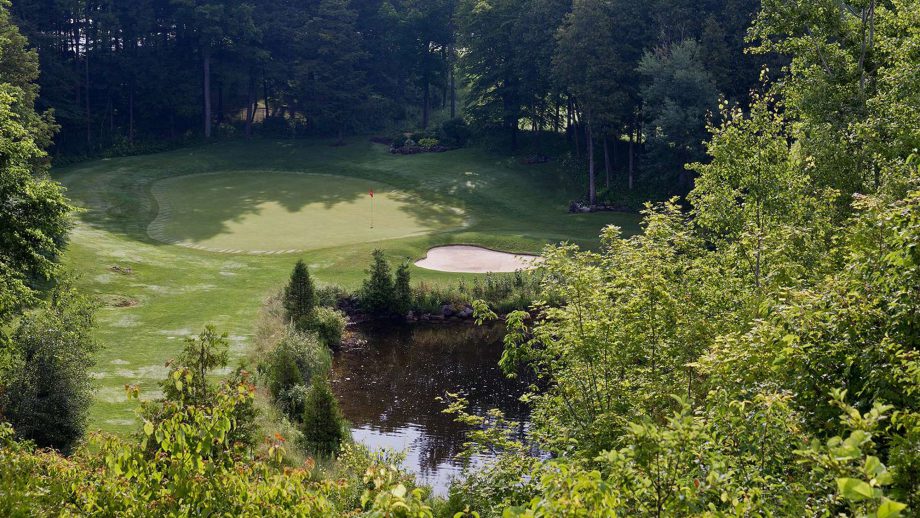 The second of three RBC Canadian Open Regional Qualifiers tees off Thursday, May 17th at Blue Springs Golf Club, in Acton, Ont. Players will be competing for a spot in the 2018 RBC Canadian Open at Glen Abbey Golf Club in Oakville, Ont., from July 23-29.

If 100 golfers register for a regional qualifier – as is the case for Thursday’s event – the low-qualifier receives a direct exemption into the RBC Canadian Open. The top 15% of finishers, beyond the low-qualifier, will advance to the Final Qualifier, taking place July 23 at Heron Point Golf Links, in Alberton, Ont..

Matt Matheson earned co-medallist honours at the first regional qualifier on May 8th, at Bear Mountain Resort, in Victoria, B.C.  Along with Matheson, six players from the event secured their spot in the final qualifier at Heron Point.

A third regional qualifier will take place on June 18th at Le Blainvillier in Blainville, Qué.

Last year’s Ontario qualifier was also played at Blue Springs Golf Club, where Matt Hill of Sarnia, Ont., defeated Jesse Smith of Oshweken, Ont., in a playoff to win medallist honours and an exemption into the 2017 RBC Canadian Open.

NOTABLES
Matt Hill, Sarnia, Ontario
The 29-year-old former Team Canada member won the Mackenzie Tour – PGA TOUR Canada Order of Merit in 2012. Hill has spent time on PGA TOUR Latinoamérica and the Web.com Tour in recent years. In 2009, Hill had one of the greatest seasons in collegiate golf history, when he won the NCAA Championship, seven other individual tournament titles and the Jack Nicklaus Award as the  top NCAA  golfer.

Branson Ferrier, Barrie, Ontario
The 24-year-old was the 2016 medallist at this event. Ferrier played college golf at Alabama State University (NCAA Div I), where he was a three-time first-team All-SWAC selection.

This is the second year in a row  Blue Springs will host this regional qualifier.

There are nine golfers in the field who advanced to the final qualifier from this event last year.

Pairing and more information can be found here.

Home of the PGA of Canada headquarters.