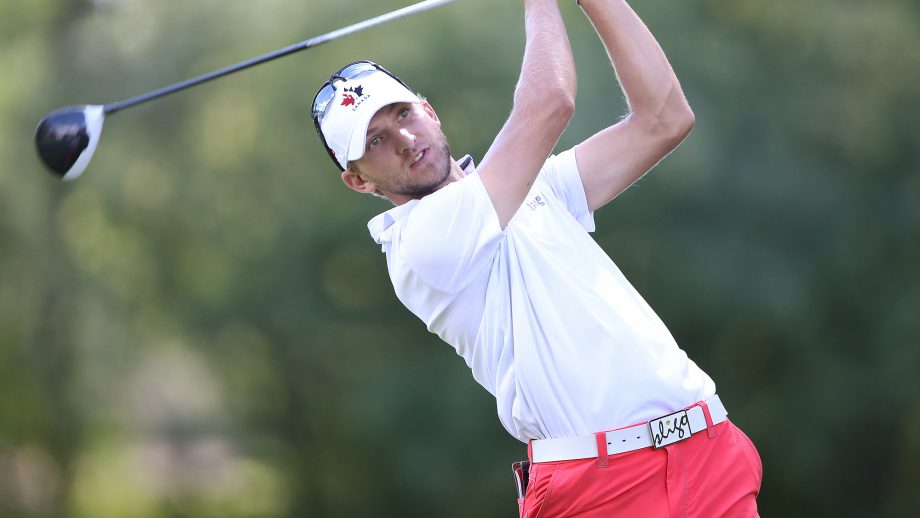 Vancouver’s David Rose finished T4 at 6 under par, good for status through the first eight events of the season (subject to the second re-shuffle).

Jamie Sadlowski (St. Paul, AB), the two-time World Long Drive champion, finished T9 despite some up-and-down rounds. He opened with a 3-over-par 75, followed with a 5-under-par 67 and then posted another 3-over-par 75. However, he closed out the event with another 5-under-par 67 on Friday. He is exempt for the first four events, subject to the first re-shuffle.

Despite an even-par 72 in his final round, McGowan was able to emerge from a crowded leaderboard to gain a spot in the playoff and then end it on the first extra hole.

McGowan posted the first 8-under-par of the two and then had to await the last group which included Bowser before beginning the playoff.

“Yeah, there were a few first-tee jitters before the playoff. Thankfully I had about 15-20 feet for eagle on the hole which kind of calmed me down,” said McGowan. “It was still kind of an up and down day for me kind of like the first three days.  I missed a lot of greens and made some great up and downs but also missed some. It’s golf.”

With the conclusion of the third of five Mackenzie Tour Q-Schools, two more remain on the schedule. The fourth will be staged at The Club at Eaglebrooke in Lakeland, FL from April 24-27 followed by the fifth at Crown Isle Resort Golf & Country Club in Vancouver, BC from May 1-4. The season kicks off May 31-June 3 with the Freedom 55 Financial Open at the Point Grey Golf and Country Club in Vancouver.