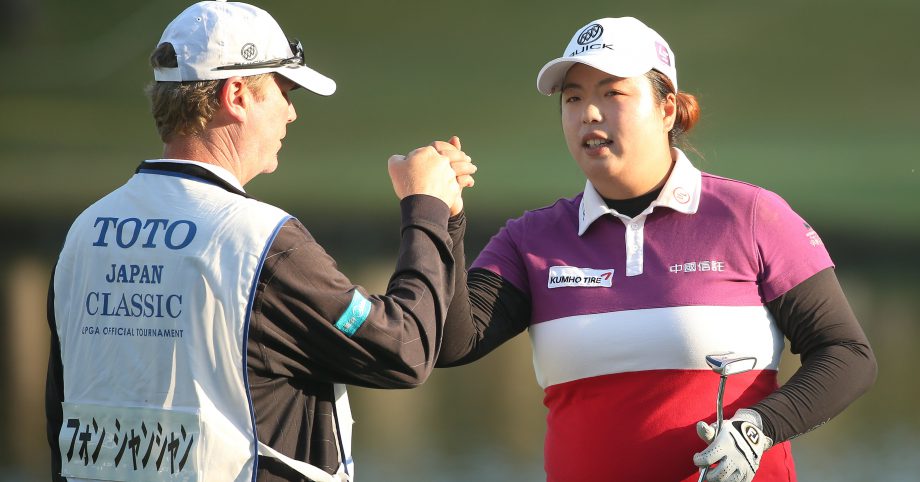 IBARAKI, Japan – Shanshan Feng shot an 8-under 64 on Saturday to take the TOTO Japan Classic lead, putting the Chinese star in position to close the Asian swing with consecutive victories.

Feng birdied the final two holes for a one-stroke advantage over Ariya Jutanugarn, the 20-year-old Thai player who leads the LPGA Tour with five victories. Jutanugarn had a 68 on another chilly day at Taiheiyo Club in the tour’s first tournament in the Tokyo area since 1991.

Feng won last week in steamy conditions in Malaysia. She has finished no worse than a tie for fourth in her last six events. She started the run with the Olympic bronze medal in Rio, tied for fourth at Evian in France, opened the Asia trip at home in China with a fourth-place tie, was second in Taiwan and tied for third in South Korea before winning.

The five-time LPGA Tour winner two-putted for birdie on the par-5 17th, then capped the bogey-free round with a 10-footer on the par-4 18th that caught the left edge, circled the cup and fell in to get her to 11-under 133.

The second-ranked Jutanugarn had six birdies and two bogeys. She has a 13-point lead over Lydia Ko in the player of the year standings. The top-ranked Ko was tied for 52nd at 1 over after a 71.

Suzann Pettersen (66) and Soo-Yun Kang (69) were 9 under on the pine tree-lined Minori Course.