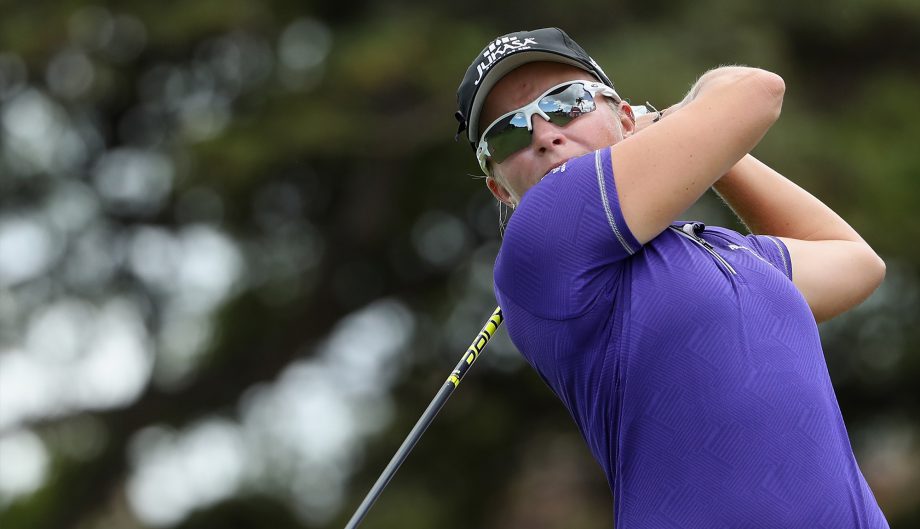 KAPOLEI, Hawaii – Cristie Kerr won the LPGA Lotte Championship on Saturday for her 19th tour title, closing with a 6-under 66 for a three-stroke victory.

Kerr hadn’t won in 30 starts since the season-ending CME Group Tour Championship in 2015. She was a pedestrian 4 under halfway through Lotte, then made a made a big move. She birdied seven of the last eight holes Friday, soaring into contention with the 62 and growing comfortable walking in her birdie putts before they fell in the hole.

Kerr called it “epic” and began to count the ways. She had complications with knee surgery in November, keeping her from hitting a shot for eight weeks, and from playing the first tournament of the year.

“It feels so good to have overcome so many things to be sitting here,” Kerr said. “I played great the last couple weeks coming into here, and I just have a different perspective on life now. I felt it on the golf course today. I was able to keep going forward because I didn’t put that extra pressure on myself.”

The American overcame sponsor invite Su-Yeon Jang, the South Korean player who led after the second and third rounds and was five ahead of Kerr after three holes Saturday.

Jang had a 70 to drop into a tie for second with top-ranked Lydia Ko (64) and In Gee Chun (67). Jang’s first bogey of the week came at No. 6 and she suffered double-bogey two holes later, falling into a tie for first with Kerr.

Canadian Alena Sharp, looking for her first LPGA Tour win in her 241st start, bogeyed the final hole for a 70 to finish alone in fifth at 16 under. The Hamilton native finished one shot ahead of second-ranked So Yeon Ryu (67). Sharp was in pursuit of her first LPGA title; her best finish on Tour came last season with a fourth place result at the Canadian Pacific Women’s Open.

Ko was too far back to really challenge Kerr.

“Going into the day eight shots behind there is a huge difference between eight shots and five shots,” Ko said. “I knew that it would take the round of my life versus a mediocre round by everybody else. With how the girls are playing, it’s just really hard to mend the gap. Considering where I was after the first day (73), I’m pleased with where I finished.”

Kerr, who was a rookie the year Ko was born, has Top 10s in her last three starts.

“I can’t remember in 2 1/2 days that I had made so many birdies in my life,” she said. “That (first) day and a half that I had struggled a little with my swing feel it was an unbelievable run.”

“I felt like I didn’t have it on the first four or five holes, I didn’t worry, I didn’t rush, and soon as I made my first birdie it was kind of like off to the races. So experience definitely helps.”