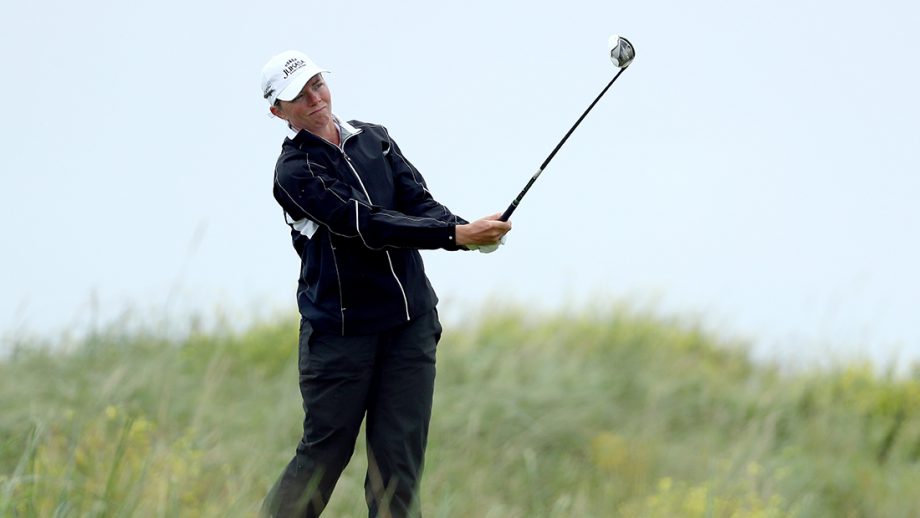 TROON, Scotland – Her ranking close to No. 400, Sophia Popov was pushing a trolley for her best friend at an LPGA Tour event in the United States three weeks ago.

On Sunday, she’ll take a three-stroke lead into the final round of the Women’s British Open.

Popov set up what could be a life-changing day on the links of Royal Troon in southwest Scotland by shooting a bogey-free, 4-under 67 that tied the low score of the third round on Saturday.

The 27-year-old German was 4 under par overall and one of just three players under par after 54 holes. Minjee Lee of Australia and Jasmine Suwannapura of Thailand were the other two, after both shot 69 to be tied for second place on 1 under.

Popov only qualified for the British Open courtesy of a top-10 finish two weeks ago at the Marathon Classic, which she was playing only because higher-ranked players couldn’t attend due to COVID-19 restrictions. Last week, she was playing on the second-tier Symetra Tour in Phoenix last week, tying for second, as she looks to regain her playing status on the LPGA Tour that she lost – by one stroke – at Q-School last season.

She has been the epitome of consistency at Troon and steered largely clear of trouble on Saturday to score the first bogey-free round of this tournament on a day when the wind relented somewhat, leading to the lowest scores of the week.

Popov made eagle at the par-5 fourth hole after hitting driver from the fairway to within 8 feet, and added birdies at Nos. 12 and 17. Also key was a long par putt at No. 11 that maintained her momentum.

If she holds her nerve on Sunday, she will become the first female major winner from Germany.

“Now it’s just me vs, pressure and shot-making in the right moments,” said Popov, who is now ranked No. 304 and is playing her first British Open since 2011.

“There are going to be a lot of nerves tomorrow,” she added. “It’s a position I have never been in, so we will have to see how it goes and play one shot at a time.”

At No. 138 in the world, Suwannapura would be another unlikely winner though her chances were hit by bogeying the last. She will also rue missing a short par putt at No. 15 for the only other bogey in her round.

The eighth-ranked Lee is the most high-profile of the three main contenders and is also looking for her first major title.

In a three-way tie for fourth – five strokes behind Popov – is her fellow German player Caroline Masson, who shot 68. Americans Lindsey Weaver (71) and Austin Ernst (72) were also on 1 over for the tournament.

Hamilton’s Alena Sharp shot 2 over Saturday and enters the final round tied for 19th at 5 over.