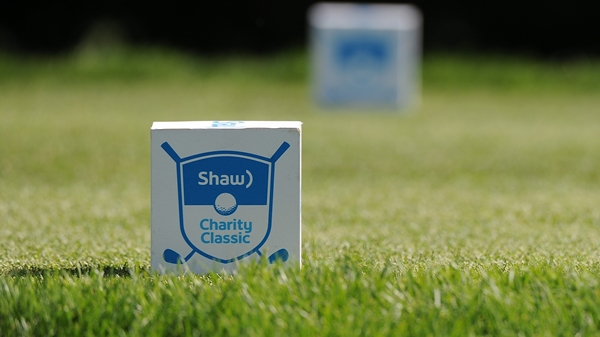 Miller Brady, Senior Vice President & Chief of Operations for the Champions Tour, announced the Shaw Charity Classic, staged at Canyon Meadows Golf & Country Club in Calgary as the recipient of the President’s Award, a most prestigious award which captures the criteria of all the awards plus the intangibles that make it stand out from the rest. The Shaw Charity Classic’s charitable giving exceeded $2 million for the second consecutive year. It also marks the first time since the award was established that a tournament staged outside of the United States has won the President’s Award.

“The Shaw Charity Classic was an exceptional event in its first year and elevated its performance and stature on the Champions Tour in its second,” said Brady. “Tournament officials attracted one of the strongest fields of the season; a direct result of players convincing those who skipped the inaugural event that it was a ‘must play’ tournament. Everyone involved should take great pride in how the event has rapidly developed. It’s certainly very deserving of the President’s Award.”

Following the inaugural Shaw Charity Classic, which produced a runaway seven-shot victory by Rocco Mediate, this year’s huge galleries witnessed the most exciting finish of the season. Fan favorite Fred Couples and rookie Billy Andrade both recorded eagles on the final hole of regulation before heading to a playoff, eventually won by Couples with a birdie on the first extra hole.

“Receiving this prestigious award in just our second year shows the commitment of Shaw Communications and the Patron Group, not only to the Shaw Charity Classic, but to the local community and to the Champions Tour as a whole,” said Tournament Director Sean Van Kesteren. “We’re extremely proud to win and we could never achieve this recognition without the efforts of our sponsors, volunteers, staff and fans.”

The Players Award went to the DICK’S Sporting Goods Open. This year, the tournament gained worldwide publicity mainly due to the record-setting 13-under 59 shot by rookie Kevin Sutherland in the second round. Bernhard Langer won the event, one of five titles he claimed in his stellar season. The excellent condition of the En-Joie Golf Course, the engaged community, the friendly tournament staff and sponsors, along with the annual concert, this year featuring “Zac Brown Band”, are all contributing factors to a hugely successful event which players appreciate.

The Champions Tour Tournament Business Affairs Award went to the Boeing Classic for the third year in a row. The T.B.A. team rates and grades every tournament in several different categories that determine what makes a successful event, and the Boeing Classic, played at TPC Snoqualmie Ridge in Seattle, Wash. for the 10th consecutive year earned the highest overall score. New records were set at the tournament with attendance, revenue and charitable giving all at record highs. Rookie Scott Dunlap won his first Champions Tour event in a playoff with veteran Mark Brooks. He was the third of five rookie winners on Tour in 2014.

The Outstanding Achievement Award was won by the Big Cedar Lodge Legends of Golf presented by Bass Pro Shopswhich excelled with the historic team-event being partly contested on the nine-hole Top of the Rock Par-3 course in Ridgedale, Mo. The venue was officially announced in January and played in June – surely the shortest lead time for any PGA TOUR-sanctioned event in memory. The community embraced the event with more than 1,000 volunteers contributing to its outstanding success. Fred Funk and Jeff Sluman won the tournament while Jim Colbert and Jim Thorpe claimed the unofficial Legends Division.