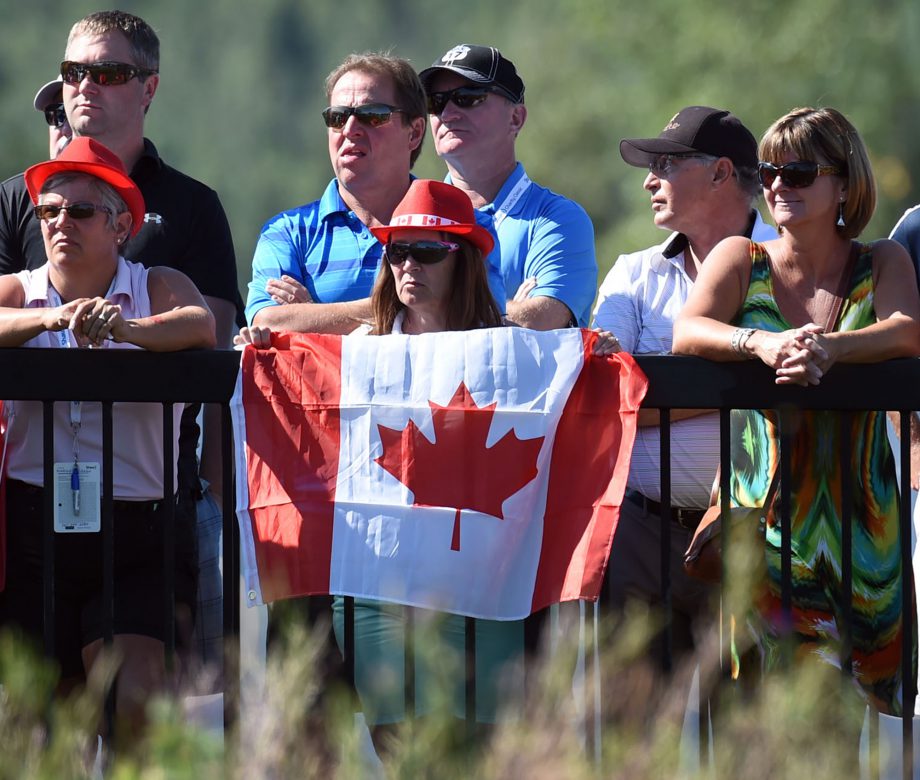 CALGARY – Thanks to a new charitable giving program, a stellar field, and overwhelming support from the Calgary community, the Shaw Charity Classic shattered its own fundraising record for a third straight year on the PGA TOUR’s Champions Tour with a $3,942,712 donation that will be shared amongst 99 youth-based charities in Alberta.

“It is an absolute thrill for me to look back on another record-setting year and realize this spectacular tournament continues to have a tremendous impact on our youth, which was the core goal in bringing the event to Calgary,” said Clay Riddell, Tournament Chairman, Shaw Charity Classic. “I firmly believe it takes an entire community to build a successful international event, so this accomplishment should be celebrated by everyone from the more than 1,200 volunteers, to our generous corporate community, friends in the media, and all of the great citizens of this amazing city that came down to Canyon Meadows this summer. Each of you has made Calgary the number-one tournament on the Champions Tour, and for that, I thank you.”

In June, Shaw Communications Inc. strengthened its focus on Canada’s lone Champions Tour stop in the Stampede City with a two-year extension as title sponsor through to 2017, and a commitment of raising big money for Alberta charities by announcing a total of $1 million of the total funds raised would go to supporting six of the tournament’s core youth-based charitable partners located across southern Alberta, including: the Children’s Wish Foundation – Alberta & NWT Chapter; Classroom Champions; Junior Achievement of Southern Alberta; KidSport Calgary; Ronald McDonald House Charities® Southern Alberta; and the Sheldon Kennedy Child Advocacy Centre.

“The Shaw Charity Classic was a spectacular success, and we are again honoured to work with so many charities committed to making our communities better for our kids and youth,” said Brad Shaw, CEO, Shaw Communications. “On behalf of my family and all our Shaw employees, we’d like to thank Clay Riddell, the Patrons Group, and the Champions Tour for their leadership and support, and we look forward to all that we can accomplish together in years to come.”

Building on Shaw Communications’ leadership, charitable contributions skyrocketed in 2015 with the addition of Birdies for Kids – a program backed by AltaLink that expanded the Shaw Charity Classic’s reach across the province.

Based on a program introduced on the PGA Tour in 1971, Birdies for Kids gives individuals and corporations the opportunity to make a one-time or per-birdie donation, directed to the children’s charity of their choice. Those donations were further leveraged through a tiered matching program that saw a percentage of the first $250,000 donated to each charity.

“The impact the Birdies for Kids program is having in our community has significantly surpassed our expectations,” said Scott Thon, President and Chief Executive Officer, AltaLink. “It is important in these economic times to support the non-profit sector that so many Albertans access across our province. Exceeding our goal for dollars raised this year speaks volumes about the spirit of Albertans to pull together and support those in need when times are tough.”

Champions Tour players, including Jeff Maggert who donned the traditional white Stetson that is presented annually to the winner of the Shaw Charity Classic, combined to fire a total of 858 birdies during the three rounds.

“I have lived in Texas for 40 years and I’ve seen a lot of cowboy hats, but I definitely cherish the one from Calgary,” said Maggert, who ran away with a four-shot victory. “This tournament is an A-plus all around. We all like the course, the crowds are among the best we see on Tour, and it is great to play a small role in helping raise some huge money for charities in the area. I know the top players like to come to Calgary and play. Hopefully Shaw will continue their good graces and stay with us for the long term, and we’ll keep coming back and helping to raise money for youth in Alberta.”