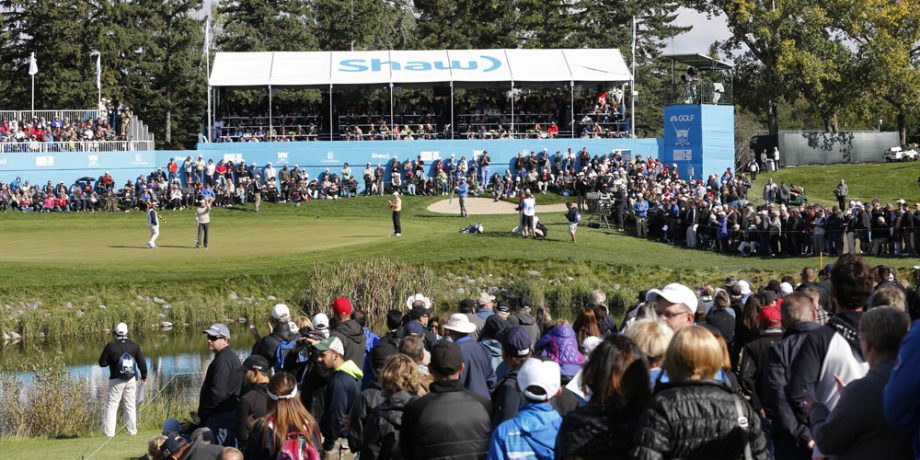 CALGARY—Canadians from coast-to-coast have chipped in to help the Shaw Charity Classic raise $12,572,483 for more than 200 youth-based charities across Alberta.

Nearly 3,000 generous and compassionate donors from British Columbia to Prince Edward Island built on the PGA TOUR Champions event’s legacy of giving – despite our inability to welcome the golfers and fans this year in Calgary due to COVID-19 restrictions – through the Shaw Birdies for Kids presented by AltaLink program.

“While we always look forward to gathering at Canyon Meadows Golf and Country Club each summer to watch spectacular golf by many of the game’s greatest players, what makes the event truly special is the unwavering commitment of the generous donors across the country who show up every year to support the charitable groups that are making our communities better places to live,” said Jim Riddell, Chair of the Shaw Charity Classic’s seven-member Patron Group, who together supported Calgary’s pandemic relief efforts in April with a $100,000 donation to four-local charities.

“We are humbled and touched by everything that has been accomplished, thanks to thousands of Canadians who have rallied together in a time of crisis to support hundreds of charities through this much-needed fundraising platform.”

The Shaw Charity Classic has been a game-changer for Alberta’s children’s charities since 2013, annually setting new records for the largest charitable give on the PGA TOUR Champions.

When Tournament Officials were forced to cancel the 2020 edition of the event in June as a result of COVID-19, they promised the Shaw Birdies for Kids presented by AltaLink program would continue.

The tournament’s title sponsor, Shaw Communications, along with the Shaw Family were first to step up in the annual fundraising drive with a commitment to match up to $2 million in community donations. Their leadership sparked a flood of donations throughout the summer months, resulting in the second-highest tally in the eight-year history of the event. The 2020 contributions bring the grand total impact of the Shaw Charity Classic on children’s charities in Alberta to more than $61 million.

“Beyond the legendary golf and the electric energy of the crowds that line the fairways, supporting the charities that work tirelessly to help improve the lives of Alberta’s youth and their families has always been at the heart of the Shaw Charity Classic,” said Brad Shaw, Executive Chair & CEO, Shaw Communications. “In a year that can only be described as challenging, it is inspiring and humbling to see how people have once again rallied together to support the charities that make such a difference.”

The Shaw Birdies for Kids presented by AltaLink program ramped up the tournament’s charitable giving arm when it was created in 2015. The program was designed to be integrated into charities’ existing fundraising efforts to help generate new funds in communities across the country. Each of the participating charities connected to the Shaw Charity Classic receive 100 per cent of all donations collected on their behalf, plus up to 50 per cent in matched funding provided by the Shaw Charity Classic.

Funds raised have helped deliver a positive impact for children in the areas of health, food support, family support, development and counselling, sports, arts, and youth programming during the pandemic.

“We have been overwhelmed by the generosity of Albertans in supporting hundreds of children’s charities throughout our province since we helped launch the Birdies for Kids program,” said Scott Thon, AltaLink President & CEO. “Charities in our province need us now, more than ever, to stay operational. They are all experiencing increased pressure to ensure the health, safety and well-being of the families in our communities during this unprecedented time. We are proud to play an important role in helping make a positive difference in the lives of Alberta’s youth.”

The 2021 instalment of the Shaw Charity Classic is scheduled to take place August 11-15, at Canyon Meadows Golf and Country Club in Calgary.