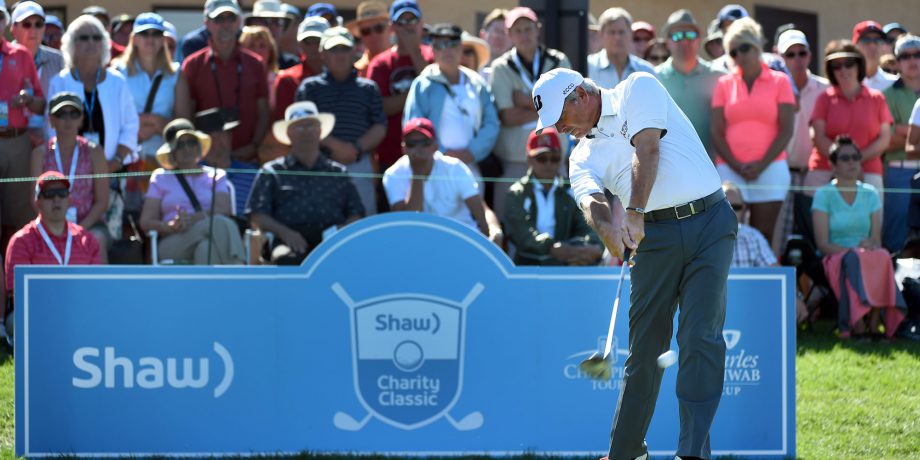 At the annual gathering, six specific tournament categories were recognized:

President’s Award
For the third time in its five-year history, the Shaw Charity Classic in Calgary, Alberta, was named the recipient of the prestigious President’s Award, which captures the criteria of all PGA TOUR Champions awards, as well as the intangibles that make it stand out amidst a plethora of successful tournaments.

“It is remarkable to see a tournament win the President’s Award for the third time,” said PGA TOUR Champions President Greg McLaughlin. “On behalf of PGA TOUR Champions, it is an honor for me to present the President’s Award to the Shaw Charity Classic. This event has achieved great success very quickly and continues to raise the bar every year. Shaw Communications has been a tremendous partner in allowing this event to support the local Calgary community, and the charitable impact throughout Alberta has been extraordinary.”

The 2017 edition of the Shaw Charity Classic carried on the tournament’s tradition of extraordinary charitable giving. The tournament exceeded its fundraising goal by nearly 30 percent, raising more than $8.3 million for children’s charities across Alberta. In all, the tournament secured donations from more than 2,400 donors that ultimately impacted the lives of more than 480,000 children, and in five years, the tournament has raised more than $22 million and donated to more than 150 charities.

Once again, the community came out in droves, as more than 1,200 people volunteered, and the weekly attendance exceeded 45,000 fans. During the tournament, fans were treated to several off-course activities in the Fan Zone, which included a petting zoo, crafting stations, golf simulators, and an interactive Shaw experience where fans had the opportunity to interface with newest home entertainment and communications technology.

“We began our five-year celebrations by encouraging the public to find a small way to make their mark on this powerful event in Alberta. Receiving the President’s Award for a third time is recognition that needs to be celebrated by communities across Alberta who have generously supported our mission,” said Sean Van Kesteren, Executive Director of the Shaw Charity Classic. “We have not wavered in our goals of bringing world-class golf to Calgary, while raising more than $20 million in an effort to provide hundreds of thousands of Alberta kids hope and the opportunity to live a better life.”