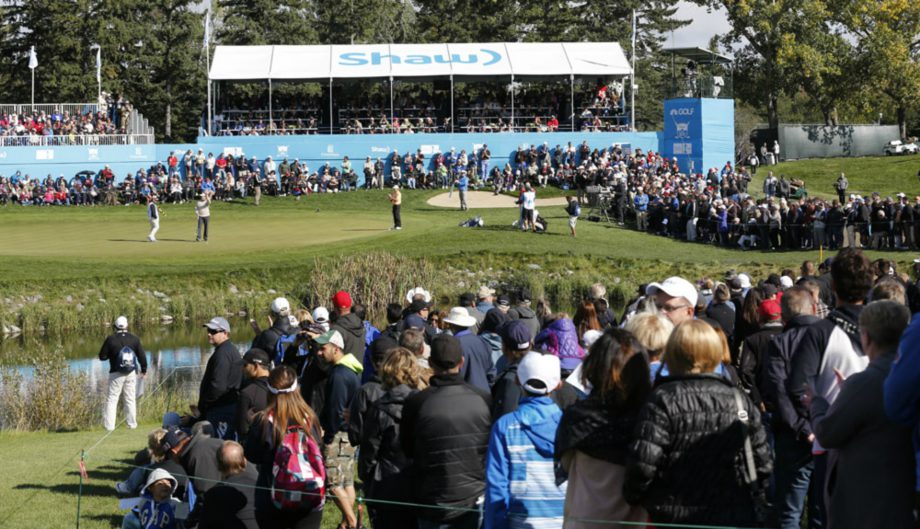 The Shaw Charity Classic kicked off its five-year anniversary celebrations by confirming golf’s greats will be returning to Calgary until 2020.

Shaw Communications Inc. has extended its commitment for three more years as title sponsor of the award-winning PGA TOUR Champions tournament, which has raised more than $13.8 million for youth-based charities in Alberta.

“Over the past four years, the Shaw Charity Classic has had a remarkable impact on children’s charities across Southern Alberta, and there is no better way to celebrate this success than to ensure its support for local charities can continue,” said Brad Shaw, CEO, Shaw Communications. “We are honoured to continue working with the Patron Group and our partners at the PGA TOUR Champions to bring world-class golf to Calgarians for three more years.”

Shaw Communications also announced it would contribute a total of $1 million to the Alberta Children’s Hospital Foundation and the RESOLVE campaign, with $500,000 donated to each as charitable partners of the Shaw Charity Classic. The donations and three-year extension were announced during a special celebration on Monday to kick off the fifth year of the tournament.

“We are excited about the extension with Shaw Communications, which enables us to further cement PGA TOUR Champions roots in the great city of Calgary,” said PGA TOUR Champions Senior Vice President & Chief Operating Officer, Miller Brady. “This event has delivered an impressive list of champions in four short years while also creating a lasting charitable footprint in the region that extends well beyond the boundaries of tournament week.”

“Our goal from day one was to bring a family-friendly professional sporting event to Calgary and to support the many incredible children’s charities in our community,” said Clay Riddell, Tournament Chairman. “Over the past four years, the Shaw Charity Classic has exceeded our expectations on every level, and we’re grateful to continue working with Shaw through 2020.”

The Shaw Charity Classic has made an incredible impact on the senior professional golf circuit since its debut in 2013. The tournament received an Outstanding Achievement Award for a first year event by the PGA TOUR Champions before winning back-to-back President’s Awards as the top event on Tour.

“We have white-hatted four incredible champions in Rocco Mediate, Fred Couples, Jeff Maggert and Carlos Franco, but the true champions this tournament creates extends far beyond the golf course,” said Sean Van Kesteren, Executive Director, Shaw Charity Classic. “While focusing on bringing the community together, we have provided networking and team building opportunities for the business community – highlighted by our annual Women’s Day, have created a stage to showcase the skills of Calgary’s junior golfers, and have incredible volunteer spirit. But there is no greater impact than the champions this tournament creates in our youth. The Shaw Charity Classic gives children battling a wide range of personal challenges the opportunity to dream, and enjoy life’s precious moments.”

Calgary’s marquee golf event has set a record for charitable giving on the PGA TOUR Champions each year. Since 2015, when the Shaw Charity Classic initiated its Birdies for Kids program, there has tremendous growth in the tournament’s fundraising efforts. Birdies for Kids presented by AltaLink has since expanded its charitable beneficiaries in Alberta, generating donations from more than 1,600 people from all corners of the country. Birdies for Kids gives individuals and corporations the opportunity to make a donation directed to the children’s charity of their choice. Donations are then further leveraged through a tiered matching program that sees a percentage of the first $250,000 additionally donated to each charity.

Tournament officials are encouraging the corporate community to match Shaw Communications’ three-year commitment with a number of specially-designed corporate packages which are available online at www.shawcharityclassic.com. The Tournament is currently planning a number of events to celebrate the fifth anniversary of the Shaw Charity Classic, August 30 – September 3, 2017.