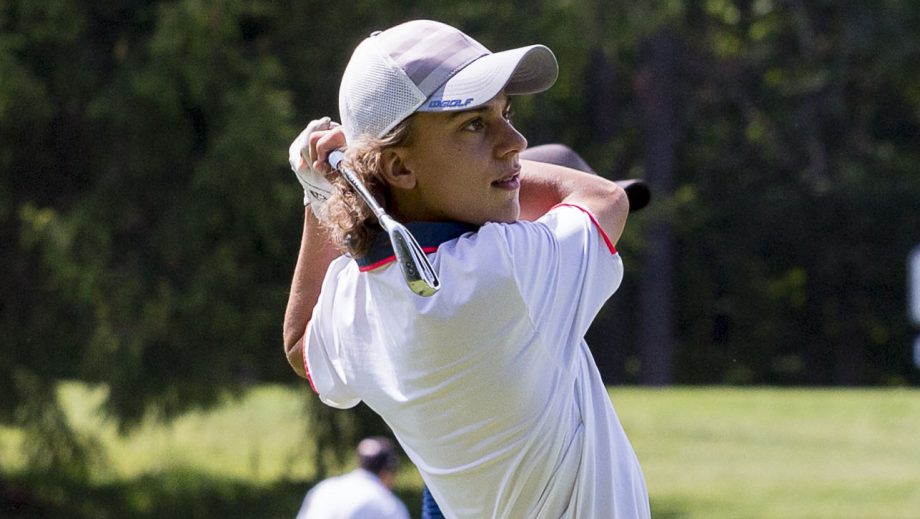 Anjarwalla continued her strong play into day two, recording a 2-over 74 to hold onto her first round lead. The 16-year-old from Nanaimo, B.C., was steady through the front nine and collected one birdie on the day to remain one stroke ahead of the field. Winnipeg’s Camryn Roadley holds second-place following a three-birdie performance, followed by Julie (Younsoo) Ju of West Vancouver, B.C., who carded a 79.

Kate (Dahye) Choi of Surrey, B.C., remains in fourth at 18-over, while Erickson, Man., native Bobbi Uhl moved into the Top-5 with a birdie on 18.

Peyton Callens recorded the day’s low round – a 3-under 69 – to build a four-stroke lead in the Junior Boys Division heading into the final round. The Langton, Ont., product was bogey-free through his final 15 holes, while notching back-to-back birdies on holes 6 and 7, and again on holes 10 and 11.

Victoria’s Keaton Gudz came out strong with back-to-back birdies on his first two holes and sits second at even-par. Benjamin Farrington of Fort McMurray, Alta., carded a 70 to hold third at 1-over.

A trio of players is T4, led by Winnipeg’s Marco Trstenjak, who recorded six birdies through his final nine holes to reach 3-over in the competition. He is joined by British Columbians Khan Lee of Surrey and CN Future Links Quebec champion Callum Davison from Duncan.

The final day of competition will see the Junior Girls tee-off from the first hole and the Junior Boys tee-off on the 10th hole at 7:30 a.m. The second round of Junior Boys will begin play at 8:20 a.m. Additional information, including pairings and up-to-date scoring is available here.