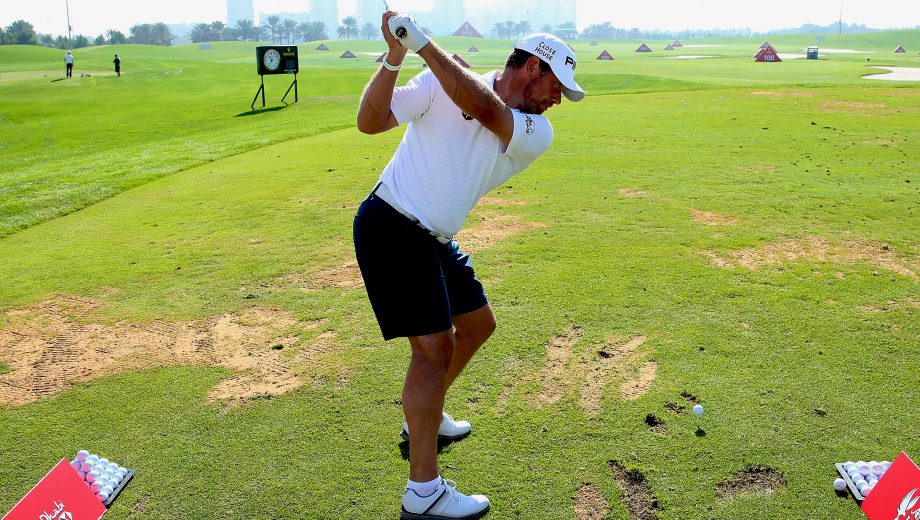 ABU DHABI, United Arab Emirates – Golfers on the European Tour have a new item of clothing to pack in their suitcases.

The tour said Wednesday it will allow players to wear shorts during practice rounds and pro-ams after the policy was passed unanimously by a tournament committee in Abu Dhabi.

Ian Poulter backed the move, tweeting on Wednesday: “Its 2016 not 1990. Get rid of the stuffy old rules that hold golf back. Make it more fun (for) everyone.”

Players must still wear long pants in tournament play, although Rory McIlroy is open for that to change, too.

“Maybe. Why not?” McIlroy said. “It really depends if guys are comfortable or not. I don’t think it takes anything away from the tradition of the game or etiquette or how guys look on the course.

“We’re not going to go out in shorts at the British Open if it’s 10 degrees (50 degrees F) and raining. But at the same time, if we’re playing in a hot country and it’s more comfortable for guys to wear shorts, then there’s no reason why they shouldn’t be able to.”

Lee Westwood and European Ryder Cup captain Darren Clarke played practice rounds in shorts at the Abu Dhabi Championship on Tuesday. Westwood was among the European players to wear shorts in humid conditions at the EurAsia Cup in Malaysia last week.

Caddies can wear shorts on the PGA Tour, but not players.

“It’s awesome. It will be something that I would love to see on the PGA Tour, as well,” said top-ranked Jordan Spieth, who is competing in Abu Dhabi. “Guys seem to all love it over here. I’ve not heard one person, one tour player complain about it.”

Spieth was just annoyed he didn’t get the memo ahead of his practice round Wednesday.

“I just wish that my hotel was closer,” said Spieth, who was wearing long pants. “I would have gone back.”

The European Tour also announced a new Pace of Play policy on Wednesday, which CEO Keith Pelley hopes will cut rounds by at least 15 minutes.

Instead of being warned initially for slow play, players will be monitored by a referee. If they still exceed the time permitted of 40 seconds (plus 10 seconds if playing first in a group), they’ll receive a monitoring penalty and be timed from the next tee. Two monitoring penalties or bad times will earn a player a fine of 2,600 euros ($2,840).

“Is this the emphatic answer? No,” said Pelley, who has made slow play a key issue since joining the tour last year. “Are we going to continue to monitor it and look for other ways? Absolutely.”

John Paramor, the tour’s chief referee, said the reaction to the revised policy has been “extremely positive.”