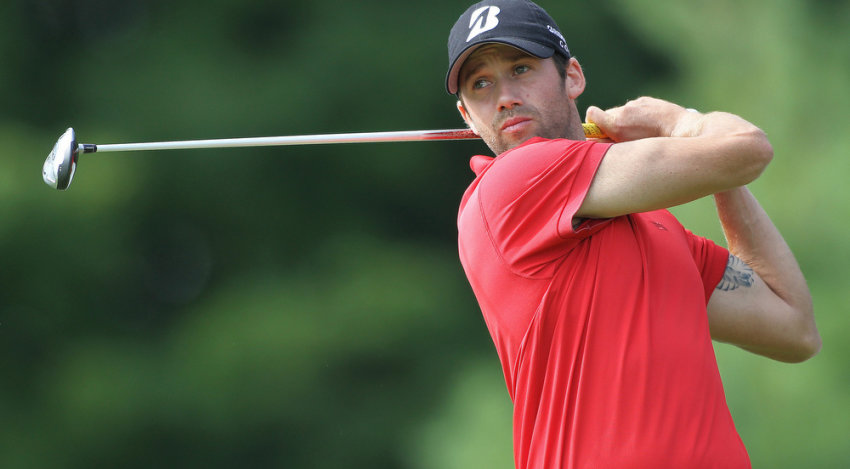 The 27-year old Silverman, who now calls Palm Beach Gardens, Florida home, was bogey-free with eight birdies, while the 23-year old Marinell carded seven birdies, an eagle and a bogey to stand two shots clear of six players at 6-under par 66 after 18 holes in Fort McMurray.

“I had a lot of good chances early and made a few. I stayed calm and stayed steady and had a few good opportunities and made a few putts,” said Silverman, who birdied four of his first five holes and each of his final two to tie Marinell, who had posted 8-under earlier in the day. “When you start with no mistakes and you’re hitting fairways and greens, there’s a nice flow feeling to it and you just kind of go with it.”

As impressive as Silverman’s finish was, Marinell’s was even better, holing a 58-degree wedge from 110 yards for his final shot of the day on the par-4 9th hole, capping a solid day from start to finish for the Liberty University graduate. Both Silverman and Marinell posted their best career rounds on the Mackenzie Tour with their matching 64s.

“It was a really nice way to finish. We just kind of stuck to our game plan and found good clubs to hit off every tee yesterday, and stuck to them for the most part,” said Marinell, a Mackenzie Tour rookie. “We executed our game plan and made a lot of putts, and whenever you do that it always turns out pretty nice.”

Alberta natives Riley Fleming (Airdrie) and Stuart Anderson (Fort McMurray) were among those at 6-under, along with Americans Zack Byrd, Talor Gooch, Michael Miller and Sam Ryder.