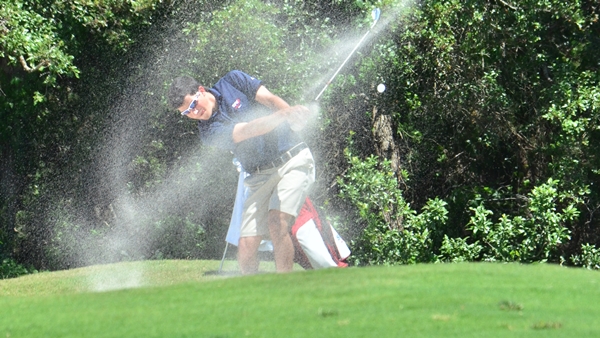 AUSTIN, TX – The Simon Fraser University (SFU) Clan men’s golf team will become the first Canadian school to compete for an NCAA Championship in golf. The team overcame a 17-stroke deficit Wednesday at the NCAA Super Regional to earn a spot in the NCAA Division II Golf Championships in Allendale, MI.

SFU entered the day 17 strokes behind the sixth place team, Chico State, and scored 290 as a team on Wednesday to earn the sixth and final spot at the NCAA Championship.

Mlikotic led his team on the final day of competition, shooting the best round of any golfer throughout the entire tournament, a 68 (-4) to tie for 8th place individually along with Kevin Vigna, each shooting 221 (+5).

Head Coach John Buchanan is pleased with the achievement, but realizes there is still much work to be done.

“The last rounds were a reflection of our player’s ability,” said Buchanan. “The challenge for the NCAA Championships will now be to stay consistent and play to that ability.”

Mlikotic was also content with his play at the regional qualifier.

“It was good to finish strong,” said Mlikotic.  “I stayed focused and took one shot at a time. I was able to stay bogey free after the first hole, make a couple birdies on seven and eight and then to cap it off with a 20 foot putt from the fringe for birdie. I’d say it was the best round of my life”

Freshman Craig Titterington (Coquitlam, B.C.) saved his best round of the tournament for last. After shooting 83 and 88 in his first two rounds of post-season play, Titterington fired a 75 (+3) in the final round to aid his team’s comeback.

The 2014 NCAA Division II Championship will get underway May 19 at The Meadows Golf Course in Allendale, MI.