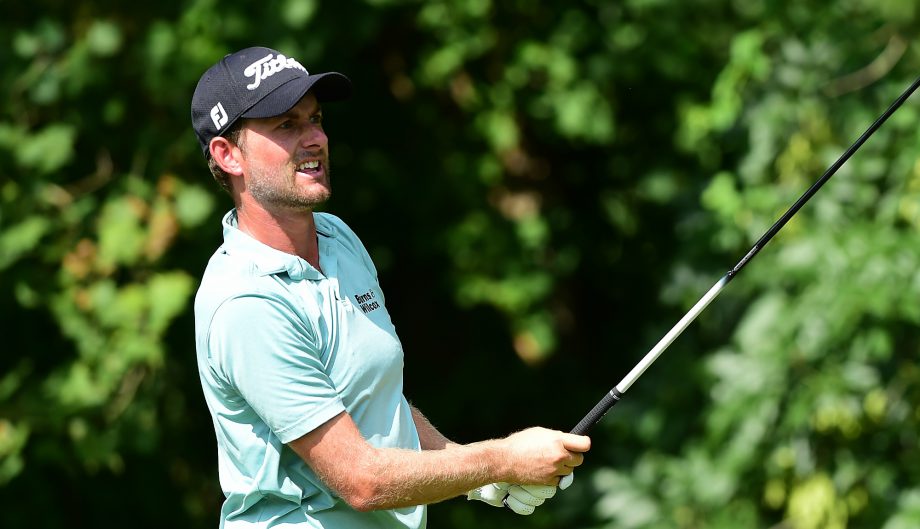 Ryan Armour shot a career-best 9-under 61 on Friday for a share of the lead with Webb Simpson after two rounds at the Wyndham Championship.

Armour and Simpson were at 13-under 127 halfway through the PGA Tour’s final event of the regular season. Simpson shot a 64.

After leading early in the round Henrik Stenson finished a stroke behind them after a 66. Ollie Schniederjans and Vaughn Taylor and were 11. Schniederjans shot 63, Taylor had a 66.

First-round leader Matt Every followed his 61 with a 72 to slip six strokes off the lead.

The field at Sedgefield Country Club is once again full of players trying to force their way off the bubble and qualify for the post-season. The top 125 players on the points list earn berths at The Northern Trust next week in New York.

“Could turn your life around,” Armour said. “I had some goals at the beginning of the week. I knew where I stood and, you know, right now the goals are attainable.”

The 41-year-old who has yet to win on tour and has bounced between the big tour and the Web.com Tour throughout his 14-year professional career, had nine birdies – five on his first nine holes, then four in a row on Nos. 5-8 – to quickly climb the leaderboard.

That's how many birdies Ryan Armour used to take the lead. pic.twitter.com/qre1Ofxbhd

His round was two strokes better than his previous best of 63 nine years ago in Milwaukee.

Simpson, a North Carolina native who won here in 2011 and named his third child Wyndham, put himself in position to contend for his first victory since 2014.

He had four birdies on the first six holes of his back nine, pulling even with Armour at 13 under after his birdie on the par-5 15th.

“Keep making birdies, stay aggressive and know that there’s plenty of good golfers behind me,” Simpson said. “I got to keep the hammer down.”

Stenson, who started on the back nine, offset his lone bogey of the round – he missed a 15-foot par putt on the par-4 18th – with three birdies during the four-hole span between Nos. 4-7.

“The game plan is there,” he said. “I got the set-up in the bag to give me those numbers off the tee that we need and it’s just about going out there and playing, continue making birdies and giving myself birdie chances. It’s a low scoring golf course … keep it going.”

Among bubble players, No. 125 Geoff Ogilvy played his way to the weekend late in his round.

He's not going home yet. pic.twitter.com/C3815TXhtK

He had birdies on five of his final six holes to move to 4 under for the tournament – good enough to help him beat the cut line of 3 under.

And No. 141 Johnson Wagner had the shot of the tournament so far, with an albatross on the par-5 fifth, using a 5-iron to hole out his 215-yard second shot from the right fairway. It was the first double-eagle at the tournament since Fabian Gomez had one on No. 15 in 2011.

“I had a bunch of family that’s up by the green and they started going bananas,” Wagner said. “Pretty clear it had gone in.”

Some others weren’t so fortunate: No. 126 Daniel Summerhays was at even par while No. 126 Cameron Tringale was 1 under.