Sloan and Conners inside top 10 heading into final round 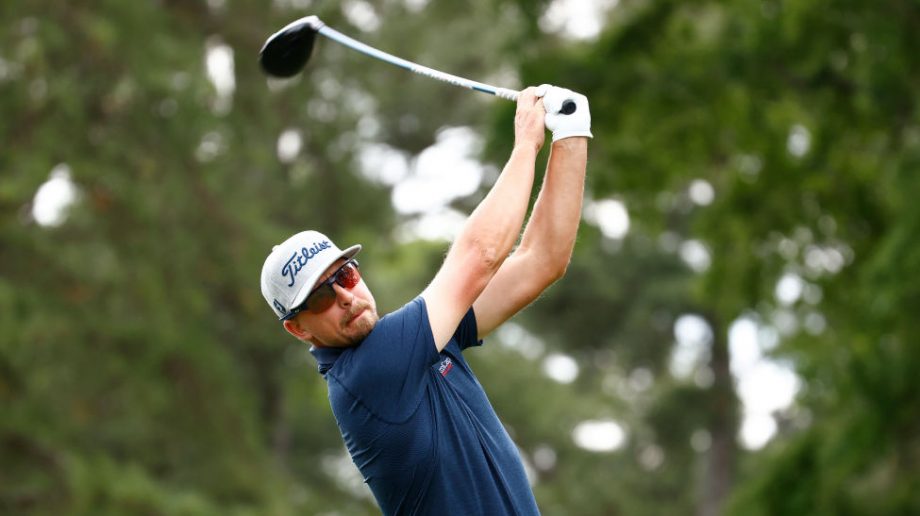 JACKSON, Miss. – In his first weekend contention on the PGA Tour, California rookie Sahith Theegala is handling the pressure and his golf just fine in the Sanderson Farms Championship.

Theegala began the back nine Saturday at Country Club of Jackson with three straight birdies, had an eagle chip spin 360 degrees around the cup and finished with a 5-under 67 to take a one-shot lead into the final round.

Cameron Tringale had a pair of eagles from long range with his putter and his wedge and matched his career best on the PGA Tour with a 62. He was one shot behind, along with Sam Burns and Denny McCarthy, who each shot 65.

“Definitely a little nerves in there for sure,” Theegala said. “But I think people have said before pressure is a privilege, and I’m trying to use those nerves to my advantage.”

Will Zalatoris, the rookie of the year last season while playing on unlimited sponsor exemptions, was tied for the lead with Theegala and Nick Watney. Zalatoris didn’t make a birdie over the final 12 holes. He shot 72 and fell five shots behind in a tie for 16th.

Watney took a late double bogey on the 16th hole and shot 71, leaving him four back.

Canadian Roger Sloan hit 14 of 18 greens in regulation during his third round at the Sanderson Farms Championship, and finished the round bogey free. Sloan finished his day tied for 8th at 15 under.

Corey Conners hit 14 of 18 greens in regulation during his third round at the finishing at 14 under for the tournament. Conners finished his day tied for 10th at 14 under.

Additional Canadians in the field include Mackenzie Hughes, Adam Hadwin, and Taylor Pendrith.

The list of challengers includes Burns, who already won this year at the Valspar Championship and was in the final conversation to be a captain’s pick for the Ryder Cup.

Tringale is still looking for his first win in his 311st start on the PGA Tour. The 62 matched his low from the RSM Classic at Sea Island last November.

He wasn’t about to read too much into this one. He kept the ball in position and the greens are pure. Plus, Tringale holed a 55-foot eagle putt on the par-5 fifth hole, and then holed a bunker shot from 100 feet away on the par-5 14th.

“This was a combination of hitting a lot of good shots and having good breaks just on the same day,” Tringale said. “I did give myself a lot of chances. I was never out of position. I was putting uphill most of the time. And a (55-footer) and a hole-out, you know, if I three-putt that one and don’t get up-and-down, that’s four shots difference right there.”

But he has a chance in what figures to be a shootout.

Fifteen players were separated by four shots, and nine of those players have yet to win on the PGA Tour.