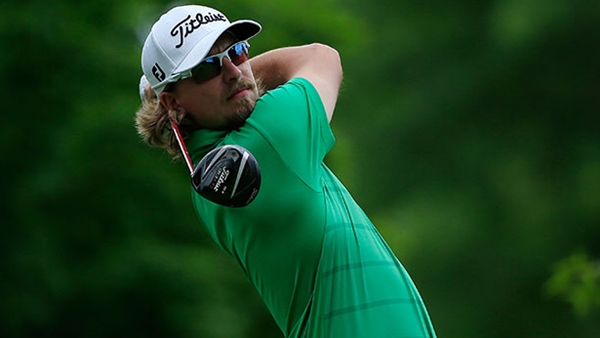 HALIFAX, Nova Scotia – Canada’s Roger Sloan shot a 6-under 65 on Friday for a share of the second-round lead with Mexico’s Jose de Jesus Rodriguez in the Web.com Tour’s Nova Scotia Open.

“You really have to set up the next shot and you have to be conscious of the slope of the greens and where the pin is located,” Sloan said. “It’s fun to play golf like that because this year Mother Nature has given us some pretty soft courses and it becomes a putting contest. Out here it’s a battle. You have to be aware of where your ball is going at all times.”

Rodriguez followed his opening 63 with a 69.

American Zack Sucher and England’s David Skinns were tied for third at 7 under. Sucher shot 66, and Skinns had a 70.