Snedeker recovers from knee injury and hopes for healthy 2014 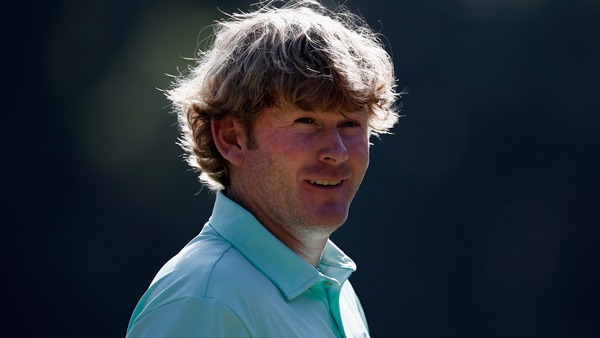 The Tournament of Champions, which starts Friday, is his first event since a freak accident in Shanghai two months ago. Snedeker was on a Segway scooter during a corporate outing at Sheshan International when he took a tumble and injured his left knee.

“I had been on one all day in this pro-am,” Snedeker said Wednesday. “I was going down the last hole, seeing how fast I could get it going. I hit a sprinkler head, lost control a little bit and jumped off. I landed on my knee and my knee popped.”

He feared he had torn his anterior cruciate ligament. Just his luck, he only suffered a small tear, along with a cracked tibia and a deep bone bruise. It was enough to keep him out of the Australian PGA, World Challenge in California and the Franklin Templeton Shootout in Florida. Harris English replaced him as Matt Kuchar’s partner in the Shootout, and they went on to win.

He spent last week playing at Hideaway in the California desert, walking 18 holes a day and carrying his own bag. The good news at Kapalua is that he has his caddie. Not so good is that the Plantation Course was built on the side of a mountain, featuring some of the steepest climbs he’ll face all year.

“I’ve had a few aches and pains of playing again, but nothing that concerns me,” Snedeker said. “The only thing I’m worried about is walking 18 holes here. Palm Springs is dead flag. Walking this golf course is a little different.”

And the last time the six-time PGA Tour winner carried his own bag?

“It’s funny, I got into this routine of doing it after injuries,” Snedeker said.

Not so funny is that it has become a routine. In his seven years on tour, Snedeker has had surgery on both hips to correct a degenerative problem. He missed the 2012 U.S. Open because of a rib injury. After one of the hottest stretches of last year – second to Tiger Woods at Torrey Pines, second to Phil Mickelson in Phoenix and then a victory at Pebble Beach – Snedeker had recurring problems with his ribs and missed the next month.

Snedeker said his rookie season was his only injury-free year.

“It’s very concerning,” he said. “I don’t consider myself that, but the evidence bears out that I am injury-prone. Over the course of your career, you’re going to have injuries. I’m hoping all mine are in a five-year stretch.”

He’s been taking medication and paying close attention to his diet to stay on top of his fitness, but just like most people, Snedeker will stray on occasion.

“You get healthy and you forget about it,” he said. “You get injured and you start worrying. I’m no different from anyone else.”

Now, he can hope that’s all behind him. Snedeker believes the best part of his career is ahead of him, and he’s excited about the major championship venues, with Pinehurst No. 2 among his favourite course in America. He was tied with Angel Cabrera going into the final round of the Masters last year, and he has come to love links golf at the British Open, with strong showings the last two years.