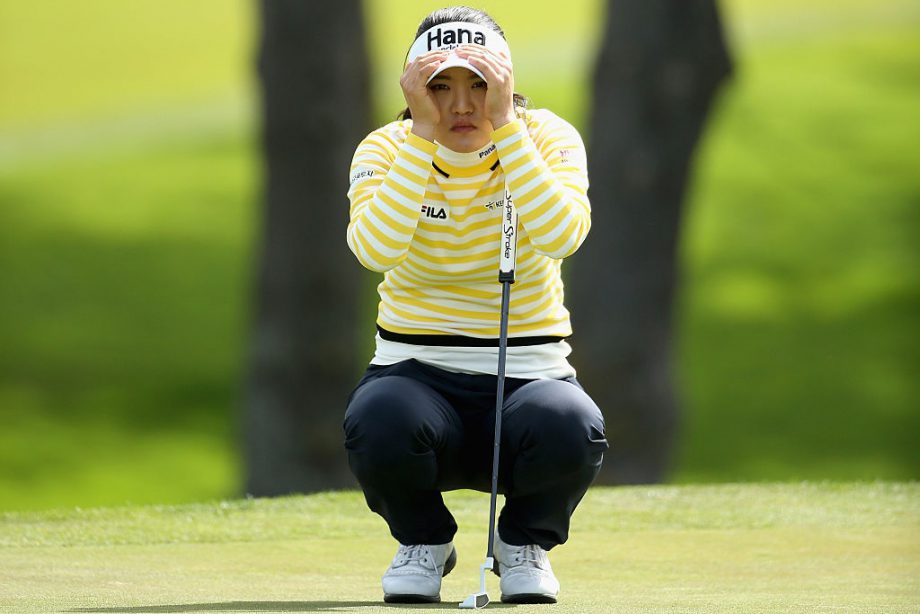 DALY CITY, Calif. – So Yeon Ryu shot a tournament-record 9-under 63 on Thursday to take the early first-round lead in the Swinging Skirts LPGA Classic.

Playing in the first group of the day off the 10th tee, the South Korean player had seven birdies in an eight-hole stretch on the back nine and added two more on the front nine at Lake Merced.

“I was kind of lucky to tee it off really early,” Ryu said. “I had a really fresh green, no wind. Also San Francisco is really cold in the morning, but this morning it was just perfect temperature.

“I think today just everything was just great. My tee shot was great. I only missed one green today. I shot 17 greens. Putting was really good.”

Japan’s Haru Nomura was second after a 65. China’s Xi Yu Lin and the Netherlands’ Christel Boeljon shot 67, and two-time defending champion Lydia Ko topped the group at 68. Ko already has two victories in California this year, winning the Kia Classic and ANA Inspiration in consecutive weeks.

“Course is easy, whatever course she’s playing on,” the top-ranked Ko joked about Ryu. “Obviously, everything was going right today. For her to shoot a score like that, that’s really impressive.”

“Every tournament, I really want to win” Ryu said. “I think it’s a bit too early to discuss about the result. We still have three more days.”

“I had my two bracelets and my hair tie and I was planning on braiding my hair before I played,” Ko said. “She was like, ‘Oh, doesn’t it bother you having stuff on your wrist? I said, ‘No, no.’ Well, the hair tie was for me to braid it. She was like, ‘Do you want me to braid it for you?’ I was like, ‘Sure. It’s going to end up way nicer than how I braid it.’ She did good. I told her, ‘It’s hairstylist In Gee.”’

Chun opened with a 71

Hamilton’s Alena Sharp had a 1-over 73, while Quebec’s Maude-Aimee LeBlanc struggled to a 6-over 78.