Something for everyone as Tour golf celebrates banner year 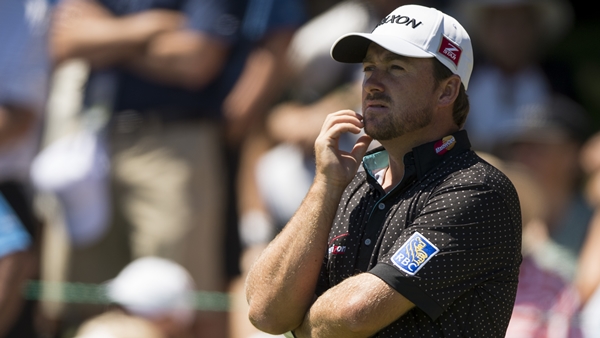 THOUSAND OAKS, Calif. – Wanting to return among the elite in golf, Graeme McDowell mapped out a plan last fall. He figured out how many ranking points he would need to get back into the top five in the world.

And he went about it the right way. It started with his win at the World Challenge a year ago. He won at Hilton Head on the PGA Tour. He won the World Match Play Championship and the French Open on the European Tour. He was third at World Golf Championships in Doral and Shanghai.

“I’ve got to say, I got pretty close to that target that I set myself,” McDowell said.

Little did he know how much the target would be moving in an extraordinary year for golf.

“I wasn’t really factoring on how many great players around me were going to have incredible seasons,” McDowell said. “So making an impact in that top 10 in the world has been very difficult to do this year because you just get so many guys playing incredibly well.”

Call it bad timing for McDowell, and happy days for golf.

Rarely has the golf season – men and women – felt so rewarding for so many players. Perhaps that explains why Tiger Woods could win five times – more than any other player in the world – capture the PGA Tour money title and the Vardon Trophy for the lowest scoring average, and then listen to people discuss the definition of player of the year and whether he is worthy without having won a major.

Woods won the vote as the best player on the PGA Tour.

He is used to playing under a different set of standards, a victim of his own success. Anyone else with five trophies from the courses where he won – Torrey Pines, Doral, Bay Hill, TPC Sawgrass and Firestone – and there would be a debate.

But this wasn’t just any other year.

Adam Scott became the first Australian to win the Masters, and along the way earned redemption from blowing the British Open nearly nine months earlier. He had the outright lead on the back nine at the British Open this year before faltering. A month later, he won The Barclays during the FedEx Cup playoffs, arguably one of the strongest fields of the year with the tour’s top 125 players who are all on form.

When he finally went home to show off his green jacket, Scott won the Australian PGA Championship and the Australian Masters, and then teamed with Jason Day to give Australia its first World Cup title in 24 years. He was poised to capture Australia’s Triple Crown until Rory McIlroy beat him on the last hole in the Australian Open.

A better year than Woods? Probably not, though it depends how much weight is given a major.

Perhaps a better question: Did he have a better year than Phil Mickelson?

Lefty came within a cruel lip-out of shooting a 59 in the Phoenix Open, which he wound up winning. Showing off a short game like no other, his chip on the 18th hole at Castle Stuart gave him a victory in the Scottish Open. And his Sunday at Muirfield gets little debate over the best round of the year. Mickelson made four birdies on the last six holes for a 66 to capture the one major that not even he thought he could win.

Who won the most meaningful major this year? Mickelson or Scott? Best to save that argument for the bar.

Not to be forgotten is Henrik Stenson, who in April wasn’t even eligible for the Masters. He finished one shot behind in the Shell Houston Open, which got him to Augusta National. But it was the summer when the Swede began to shine.

Missing from the equation this year was the guy who started the year at No. 1 – McIlroy. He still had a good view.

“You’ve got Tiger with five wins this year. Adam breaks through for his first major. Phil wins the major he thinks he’s never going to win. Henrik comes back,” McIlroy said. “Yeah, it’s deep. You’ve got to play really well to win. … But I think golf is in great shape.”

On the LPGA Tour, the points-based player of the year came down to the next to last week, even though Inbee Park had won three straight majors among her six titles. Suzann Pettersen and Stacy Lewis won the other majors. Lewis won the Vare Trophy for lowest scoring average. Pettersen had a chance to win the money title until she faltered in the Titleholders.

That’s what inspired LPGA Commissioner Mike Whan to say, “Sports are at their absolute best … when the best athletes in that sport are having the best years of their lives.”

It’s hard to say with certainty that Woods was at his absolute best, and not just because he didn’t win a major. It used to be that when Woods was at his best, there was not enough wealth to go around. Now there is.