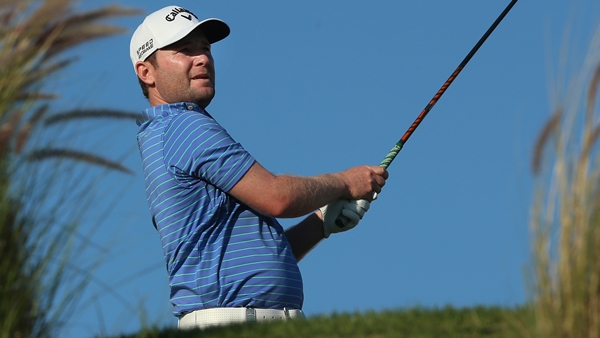 DOHA, Qatar – Bernd Wieseberger birdied his last hole to join South Africans Branden Grace and George Coetzee on top of the Qatar Masters leaderboard after the second round on Thursday.

Wieseberger’s 6-under-par 66 included four consecutive birdies from his fourth hole, the par-3 No. 13. The Austrian totaled 9-under 135 to share a one-shot lead with Grace (68) and Coetzee (67).

Wieseberger and Coetzee teed off in the morning, while Grace enjoyed near windless conditions in the afternoon, and was surprised at the end of the day that nobody achieved double figures under par.

“I really thought somebody was going to push (10 under),” said Grace, who won his fifth European Tour title last month in South Africa.

“You saw the guys from this morning, there were 6 unders and 5 unders and 7 unders, and nobody really pushed toward the end of the day.”

Grace thought one of the reasons could be that the greens were not that much quicker than he thought.

“They (greens) are still very good. They didn’t spike up at all, so it’s a big surprise nobody really pushed on,” he said.

Scotland’s Marc Warren (65), South Korea’s Byeong-hun An (69), and Argentina’s Emiliano Grillo (69) were one stroke behind at 8 under. Warren shared the day’s best score with England `s Tommy Fleetwood and Sweden’s Johan Carlsson.

Defending champion Sergio Garcia was three shots behind the leaders at 6 under after consecutive 69s.

Charl Schwartzel shot a 6-over 78 to finish at 3 over, missing the cut by four strokes.

Earlier, Wieseberger, who tied for sixth at last week’s Abu Dhabi Championship, dropped only one shot at the par-4 7th, but quickly carded a birdie to finish an impressive day.

“I feel comfortable. I haven’t really expected it, especially because I played quite poorly last year,” said Wiesberger, who won his only two tour titles in 2012. “It gives me great confidence; if I keep on doing what I’m doing, I’ve worked on the right things the last couple of weeks, and it shows.”

Coetzee matched him with six birdies.

“I’m playing well. My swing is coming along slightly, and I’m putting pretty nicely,” Coetzee said. “I’ve just got to wait for my birdies and not force it and kind of play the golf course like I know it.”