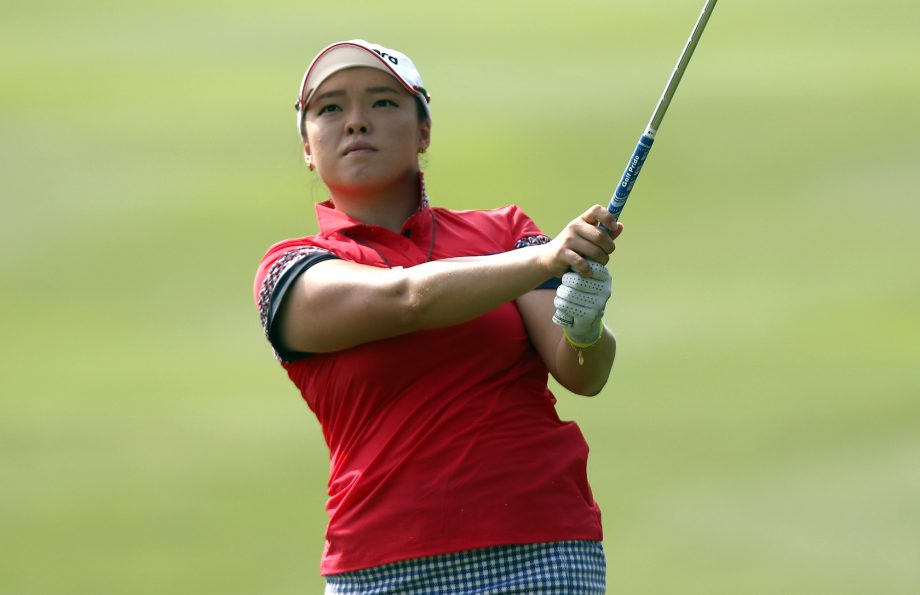 A six-time winner on the Korea LPGA, Jang lost a playoff loss to Chella Choi in July in the Marathon Classic for the second of her three runner-up finishes in her rookie season on the LPGA Tour.

China’s Xi Yu Lin was second after a 68.

Top-ranked Inbee Park, Alison Lee and Yani Tseng were another stroke back.

Park, the 2012 winner, had a 68. The South Korean star won two majors this year and is tied with second-ranked Lydia Ko for the tour victory lead with four.

Lee, tied with Lin for the first round, bogeyed Nos. 15 and 16 en route to a 69. The 20-year-old American is playing her first event since her emotional Solheim Cup debut.

Last month against Europe in Germany, she was in tears after Suzann Pettersen called for the American to be penalized for picking up her ball when she mistakenly thought a short putt had been conceded in the completion of a fourballs match. Infuriated, the U.S. rallied for the biggest comeback in event history, with Lee winning her singles match.

Defending champion Shanshan Feng was 7 under after a 69. She made a double bogey on the par-4 18th after chunking her approach into the water in front of the green.

Ko was tied for 18th at 6 under after a 65. The 18-year-old New Zealander is coming off consecutive victories in the Canadian Pacific Women’s Open and Evian Championship, where she became the youngest major champion.

Michelle Wie, a stroke out of the lead entering the round, birdied three of her last six holes to salvage a 72. She dropped into a tie for 18th at 4 under.

Pettersen, also playing her first event since the Solheim Cup, was tied for 72nd in the 74-player field at 12 over. The competitive Norwegian had her second straight 77, making a quadruple bogey on 15 and a double bogey on 18.

The event is the first of five straight in Asia. The LPGA KEB Hana Bank Championship is next week in South Korea, followed by stops in Taiwan, China and Japan.